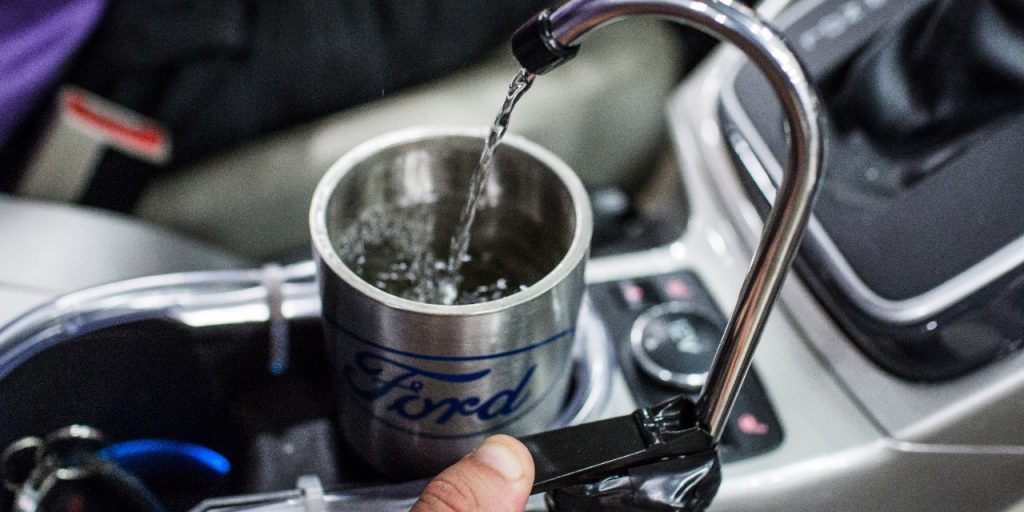 An invention dreamt up by Ford Motor Company engineers Doug Martin and John Rollinger, which collects clean drinking water from a car’s A/C condenser and dispenses it in the vehicle cabin, has been named a finalist in the 2017 Fast Company “World Changing Ideas Awards.” It will be featured in the April, 2017 issue of Fast Company, due out on newsstands March 27th.

The principal behind the invention, dubbed “On-the-Go H2O,” is a simple one: as a vehicle travels through the air, it is exposed to moisture. That moisture condenses into liquid water when it comes into contact with the vehicle’s air-conditioning condenser. The trick was simply figuring out how to collect that water, filter it, and pump it into the cabin for consumption.

“On-the-Go H2O” is, at the present moment, still very much in the prototype phase; we don’t know of a single person who would want to have a large water faucet mounted on his or her center console. But the idea holds promise, as it could represent a fairly easy way to deliver safe, potable water to drivers in dry and/or polluted environs.

Watch the video above for more.