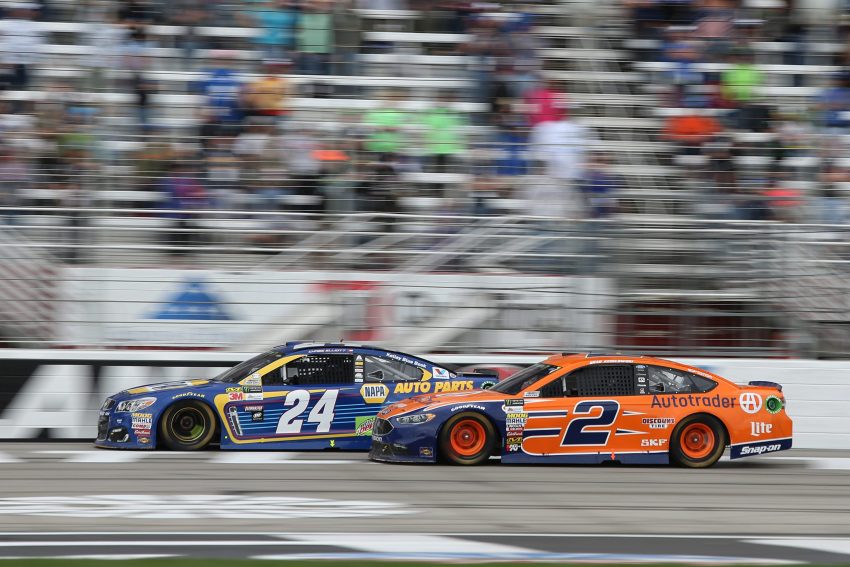 Team Penske’s Brad Keselowski gave Ford its second win in as many races in Sunday’s Folds of Honor Quiktrip 500 from Atalanta Motor Speedway,  crossing the finish line half a second ahead of Chip Ganassi Racing’s Kyle Larson.

Keselowski got a huge break late in the 325-lap, 500-mile race after Stewart-Haas’ Kevin Harvick, who had led 292 laps, received a speeding penalty on pit road following a lap 309 caution. He took fresh tires and restarted third on Lap 311, taking just three laps to surge past Larson and pull out a sizeable lead.

“This one kind of fell in our lap at the end, and my team put it all together when it counted,” Keselowski told NASCAR.com post-race. “They gave me a great Autotrader Ford Fusion, and we were able to get by Kyle there at the end. I knew that he wasn’t going to be easy to pass. His car was great, and I was able to make the right moves to get by him.”

Larson said Keselowski’s ability to run on the high line made life difficult for him throughout the race. Following the Lap 311 restart, Larson was essentially forced to run Keselowski’s line, but the Ford driver had more grip and was able to pull up alongside Larson and pass him on the inside.

“I raced around Brad a lot throughout the day,” Larson said. “Any time I was in front of him on short runs, he’d drive around me up top. And so I knew I was going to have to take his line away on that start there for a couple of laps and try it. I just didn’t have enough grip—or not as much as I’d hoped. He did a good job being a lane lower than me and getting to my inside.”

Behind Keselowski and Larson in third was Joe Gibbs Racing’s Matt Kenseth followed by Kasey Kahne in fourth and Chase Elliott in fifth. You can view full results from Atalanta at this link and view full weekend schedule for NASCAR’s next outing, the Kobalt 400, from Las Vegas Motor Speedway at this link.