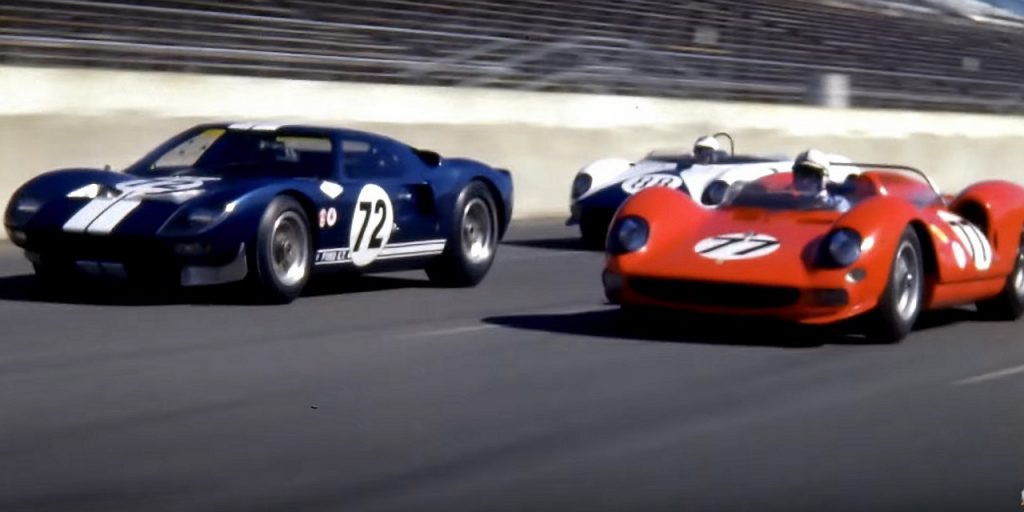 The 24 Hour War, a new documentary by Nate Adams and Adam Carolla, will be screened during the Detroit Free Press‘ “Freep Film Festival” this Friday and Saturday in Michigan. After the showing, Free Press Auto Critic Mark Phelan will emcee a panel discussion with Director Nate Adams.

The 24 Hour War retells the age-old story of the 1966 running of the 24 Hours of Le Mans, in which three Ford GT40 race cars took all three spots on the winners’ podium, much to Ferrari’s chagrin. The race was truly the climax of Henry Ford II’s bitter rivalry with Enzo Ferrari, and achieving a win required no shortage of time, money, and raw talent; Phelan writes that Carroll Shelby, Dan Gurney, David Hobbes, Bob Bondurant, and other notable persons from the racing world appear in the film in some form or another.

The 24 Hour War is scheduled to screen at 8pm Friday at the Emagine theater in Royal Oak, Michigan, and at noon Saturday at the Detroit Institute of Arts. If you live in the area, it may be your best opportunity to truly experience the sights and sounds of the Ford GT40 at Le Mans 1966.