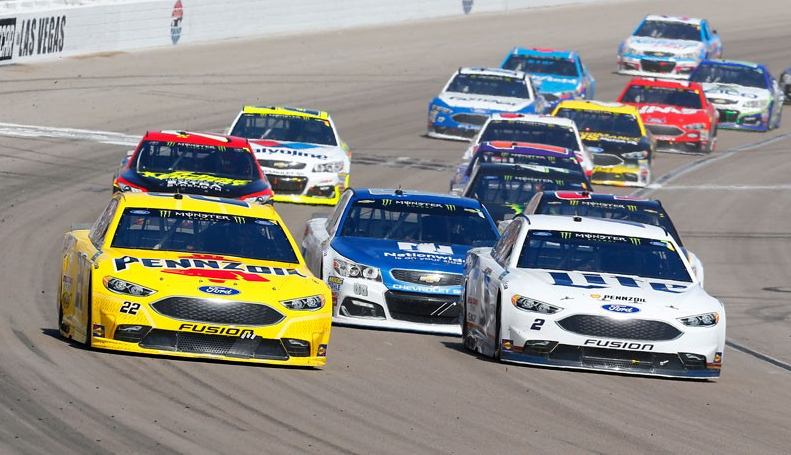 Despite having what seemed like the fastest car of the weekend, Team Penske Ford driver Brad Keselowski was unable to keep a determined Martin Truex Jr. behind him in Sunday’s Kobalt 400 from Las Vegas Motor Speedway. The Toyota driver went low on the Ford on the second to last lap and quickly put a large gap between them to take the win in the second race of the 2017 NASCAR season.

Truex led 150 of the race’s 267 laps and won all three 80-lap rounds of the day for maximum points retention. Combined, Truex and Keselowski led 239 of 267 laps, however Keselowski may have been even more dominant had he not experience car trouble late in the race. The Ford surged late in the race, passing Truex on Lap 244 and pulling out a sizeable lead before Truex reeled him back in.

“I just know it was something major,” Keselowski said post-race. “It wouldn’t turn and I lost brakes, so that’s a pretty good indicator, but that’s the way it goes.  That’s racing and that’s why you watch until the end and you never know what’s gonna happen.  It’s frustrating, but you put yourself in position to win and good things will happen.  That happened to us last week and didn’t happen this week, so you just pick up the pieces and move on.  Luckily, they’re really big pieces.  We’ve got a lot to be proud of.”