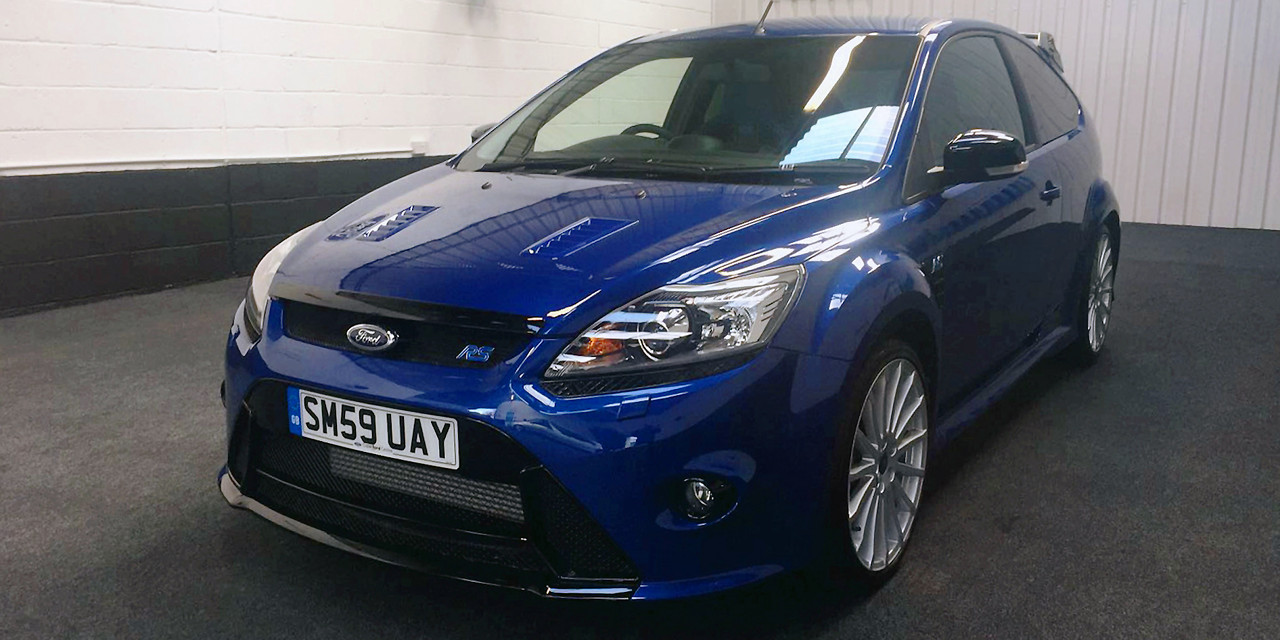 Having officially landed in the US sometime last summer, the Ford Focus RS is still a relatively new concept among many Americans. Many likely struggle now and again to recall that the nameplate is already well-established in Europe, where it’s existed in two distinct other generations.

Crossing the auction block in Birmingham, England next month, the 2009 Ford Focus RS pictured above is of the Mark II variety, but it’s not just the RS badge that makes it special; this example has an astonishingly low odometer reading of just 45 miles. Forty five. As in, less than an eighth of the distance between Los Angeles and San Francisco.

Of course, even without that, the Mk II Focus RS is a supremely cool hatchback. It’s powered by a turbocharged, 2.5-liter five-cylinder with engineering by Volvo, tuned to deliver about 300 horsepower and 325 lb-ft of torque. That output’s sent through a 6-speed manual gearbox to the front wheels (and only the front wheels), with a Quaife limited-slip differential to check torque steer and bolster cornering.

“With the launch of a new Focus RS to much fanfare and continued demand for all things Fast Ford we expect a similar amount of interest with this amazingly low mileage example,” says CCA General Manager and Classic Car Specialist Guy Lees-Milne. The car represents a once-in-a-lifetime opportunity to buy a new-old Focus RS; we’d wager he’s dead on with regard to the level of interest.