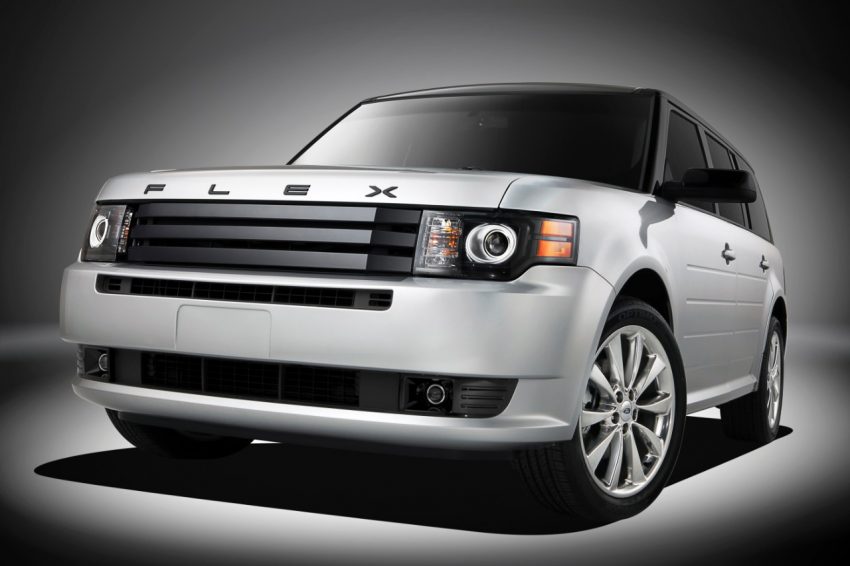 A 16-year-old by the name of Nolan Mullins drove his mother’s Ford Flex crossover into Michigan’s Lake St. Clair Saturday afternoon after, he says, the steering wheel locked up and he was unable to correct the vehicle’s direction of travel.

“It felt like the tire locked,” the 16-year-old driver told the Detroit Free Press. “I tried shaking the wheel, and I couldn’t get it to move. It wouldn’t move.”

In June, 2015, Ford issued a recall for numerous models, including the 2011-’13 Ford Flex, over electric steering power-assist systems that were at risk of deactivating while the vehicles were in use. It’s unknown whether the potential defect might have been at fault in Mullins’ accident.

After veering off the road into the 33° waters of Lake St. Clair, Mullins tried to open the drivers door on the 2011 Ford Flex, but couldn’t due to the pressure of the water. He tried the power windows next, and was able to roll the glass down and escape that way, reports the Free Press. He then climbed atop the vehicle and stood on the rood, awaiting rescue.

Lisa Hughes, an elementary school principal who was passing by on Lake Shore Road in Grosse Pointe Shores when the incident occurred, stopped on the side of the road and had her daughter call the authorities. Nolan Mullins was then retrieved by the US Coast Guard.