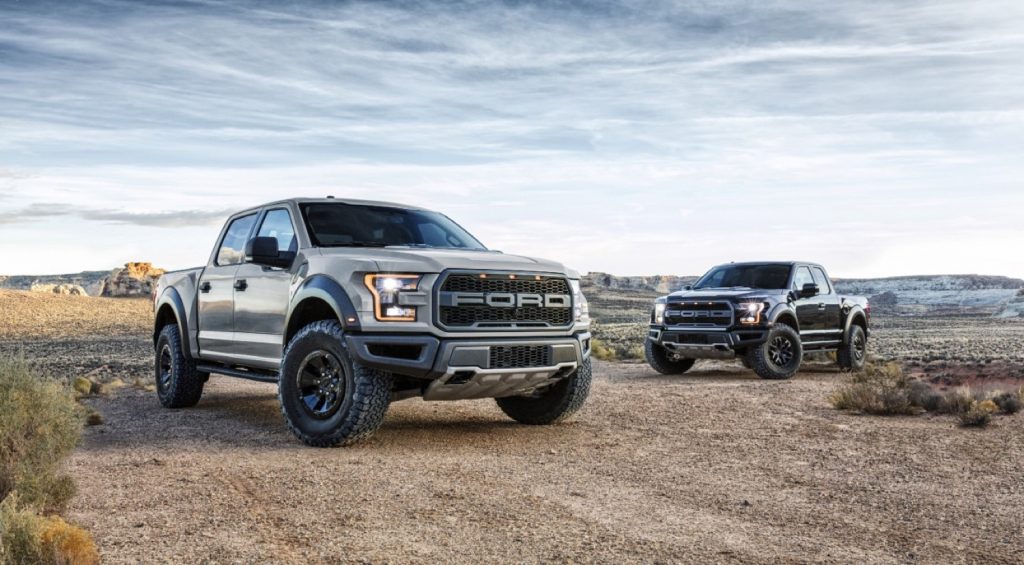 The all-new, 2017 Ford F-150 Raptor is a veritable marvel of modern performance engineering, and in the US, a bit of a bargain at just a tick over $50,000 (including destination).

In other markets, however, the high-performance supertruck isn’t quite so economical. We don’t even want to know what the F-150 Raptor will cost in China, for instance, where it’ll be subject to import duties and VAT. And now, we’ve learned that in the UK, Ford’s new, aluminum-bodied Raptor will cost denizens of that country about as much as a Porsche 911.

Carscoops recently found a few examples of the Ford F-150 Raptor at London exotic-car dealer Clive Sutton, and was blown away by price tags of £78,000 and up. That equates to around $97,000 US at the current exchange rate. A Porsche 911 Carrera, meanwhile, carries an MSRP of £77,891 including VAT.

Granted, it’s unclear how much of that may be dealer markup, but the lowest price we’ve been able to find printed anywhere is still £67,950 (just under $85k US). Compare that to what American customers would pay for the same truck.

On top of the base cost of the truck, Clive Sutton also offers a suite of high-cost upgrades, reports Carscoops, which includes a £10,800 supercharger kit that bumps output up from 450 to 590 horsepower, a £3,200 active sports exhaust, and a right-hand-drive conversion that costs an eye-watering £36,000.

Were we UK residents, we might have to select the Porsche 911 Carrera over the F-150 Raptor. Sorry, Ford diehards.