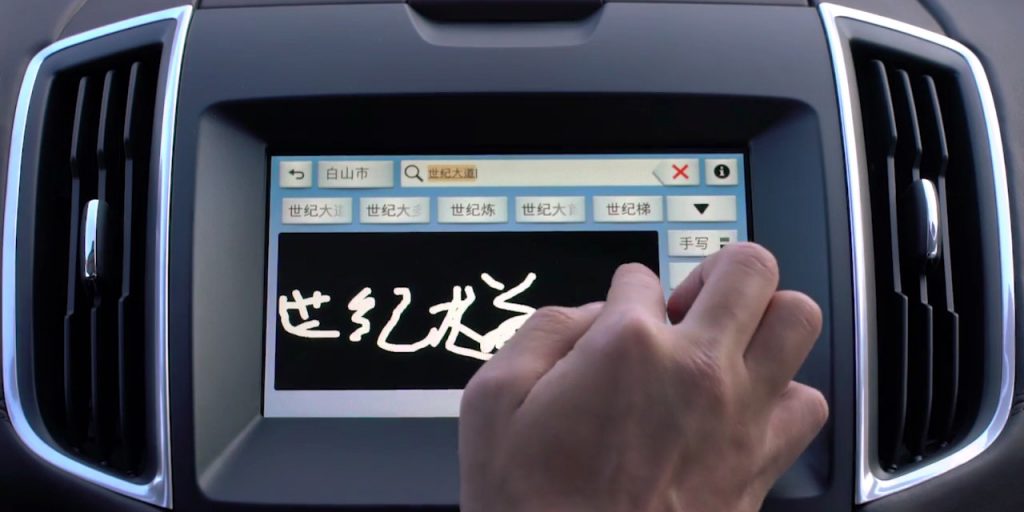 The Ford Mustang, introduced in Asia for the very first time in 2015, has found a receptive audience in China; the pony car is the top-selling sports coupe there, as it is around the rest of the globe, says Ford.

Ford says that before, only things written in Pinyin – the Chinese phonetic alphabet – could be deciphered by vehicle infotainment systems. The problem is that many – especially older – Chinese tend to use in a more traditional form of writing, with an “alphabet” containing thousands of characters. Both forms of written Chinese can now be deciphered by SYNC 3, meaning that however a user chooses to input a written command or address, it can be understood.

“The Chinese version of SYNC 3 is far more than just a translation of a global technology,” says Ford Asia Pacific SYNC Supervisor Fisher Xu. “It’s really been localized to respond to a Chinese driver’s needs with a local point of view, from the voice commands that understand our accents and our habits, to the way we structure our statements.”

Beside the Mustang, Ford’s SYNC 3 with multi-modal Chinese handwriting is also available on the Focus and Taurus Limited Edition models, as well as on the Edge, Kuga, and Explorer.