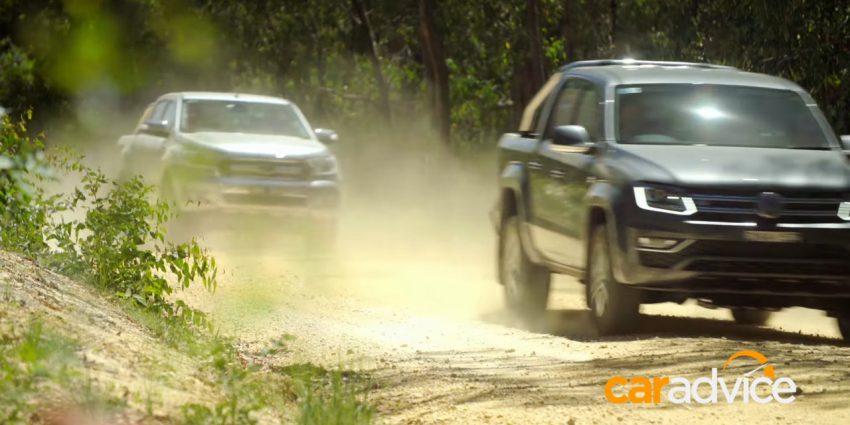 Our American readers might well struggle to see the relevance in this comparison test; the Ford Ranger isn’t slated to return to US shores until 2018, in a completely new form, while it’s still entirely uncertain whether the Volkswagen Amarok will ever be sold here.

But for our friends from Europe, Australia, and other, select parts of the globe, the above comparison test from CarAdvice between the Ford Ranger XLT and Volkswagen Amarok V6 might finally put to rest the debate between which is the better value.

The Amarok’s advantage in terms of output and number of forward gears gives it about the edge you would expect in straight-line acceleration. CarAdvice timed the Volkswagen at 8.2 seconds for a 0 to 100 kmph (62 mph) sprint, versus 10.7 seconds for the Ford Ranger XLT.

But of course, there are other, perhaps more important factors to consider when selecting the right mid-size truck. The real question is: has Ford’s truck-building expertise led to the Ford Ranger being strong enough in all the other relevant areas to make it the smarter buy?

Watch the latest comparison test from CarAdvice to find out.