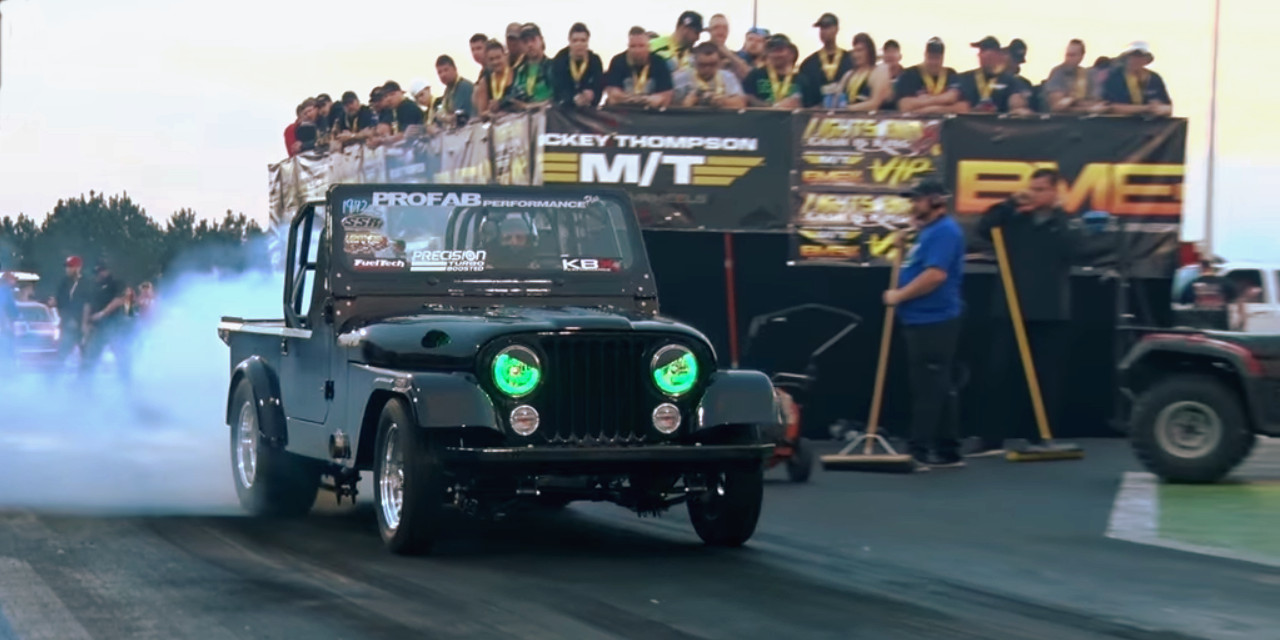 Drag racing is clearly not the natural habitat of the Jeep Wrangler, but that hasn’t stopped a handful of folks from building drag strip warriors out of the legendary off-roader.

The folks at 1320Video caught up with just such a bloke at Lights Out 8 in Georgia back in February, who entered the event to log some runs in his Ford 400-powered Jeep CJ. The Ford 400, introduced for 1971, was a 400-ci small-block V8 available at some time or another in the Ford Galaxie, Torino, Thunderbird, and other models.

Of course, in this build, that Ford 400 is fed by an 88-mm turbocharger, resulting in some serious power.

At Lights Out 8, this Jeep CJ was powering through the eighth-mile in 5 seconds, at around 140 mph, with ease. That’s none too shabby for an off-road vehicle with approximately the aerodynamics of a brick, especially in light of the fact that it was, at the time of filming, a brand-new build. Check it out in the video above.