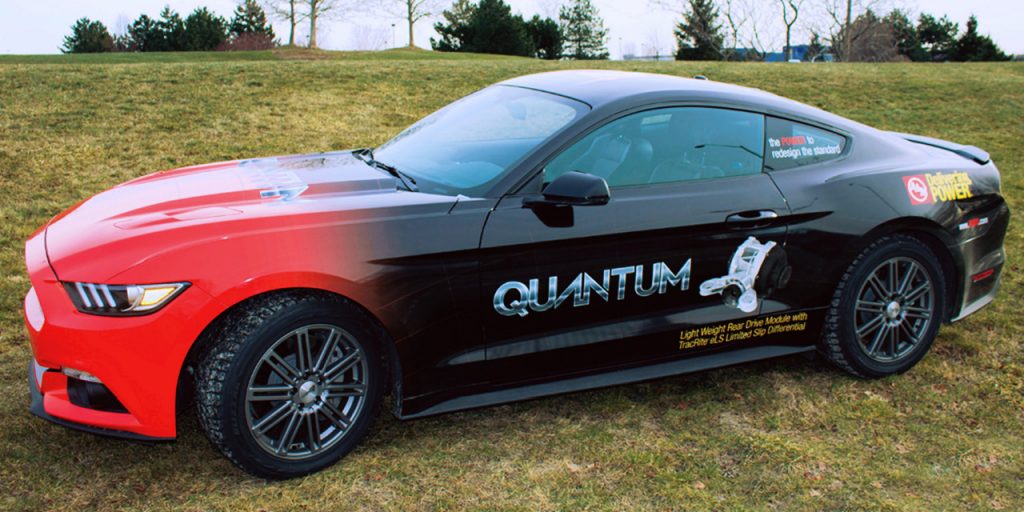 Last week, AAM invited us out to their headquarters to learn more about their product range, and even have a quick go in a current-generation Ford Mustang GT they fitted with their radical new “Quantum” rear drive axle and a TracRite eLS electronic limited-slip differential. And while Ford hasn’t committed to purchasing either component from AAM, the Quantum would be a natural fit for the Mustang as Ford sets about trying to shed some of the weight introduced with its new independent rear suspension.

Unfortunately, beyond allowing us to independently verify that nothing smelt, felt, or sounded wrong at the rear of the car, our quick test-drive of the Ford Mustang GT on public roads with an attentive police presence didn’t allow us to really get a sense for the Quantum axle. For that, we need to turn to the literature.

AAM’s range of Quantum axles was designed from a clean sheet, with compactness and efficiency in mind. Believe it or not, but the automotive axle hasn’t changed very much at all in decades, so there was room for improvement in everything from the design of internal components, down to the arrangement of the bearings. Shims, which are an essential method of precisely lining up the hypoid gears in most drive axles, were made unnecessary through clever design.

More than a dozen patents were secured in the process of designing the Quantum axle.

The result is an axle with a 20-percent increase in power density, leading to a minimum 30-percent decrease in mass compared to a unit with the same torque capacity, according to AAM. In a heavy-duty pickup, that means more than 100 pounds are saved; in a Ford Mustang, some figure a bit less than that, but still nothing to sneeze at. And of course, all of this comes in a much smaller package.

“Quantum’s innovative gear and bearing design coupled with optimized housing allowed AAM to significantly reduce the packaging space,” says AAM Vice President and Chief Technology Officer Phil Guys. “This means our customers gain valuable space for other vehicle content that is important to their customers such as a lower load floor or even a larger fuel tank.”

Not that the average Ford Mustang owner cares much about noise, but the AAM Quantum axle also delivers up to a 5-decibel improvement in NVH versus a comparable unit. Furthermore, the lighter unit weight – combined with its greater efficiency – contributes to a 1- to 1.5-percent increase in vehicle fuel economy.

It’s unclear if or when AAM’s Quantum axle will be deployed in a factory Ford automobile, but as the Blue Oval – and everyone else in the industry – chases after every last bit of efficiency, we’re sure it won’t be too long before Quantum hits the streets in a production vehicle.