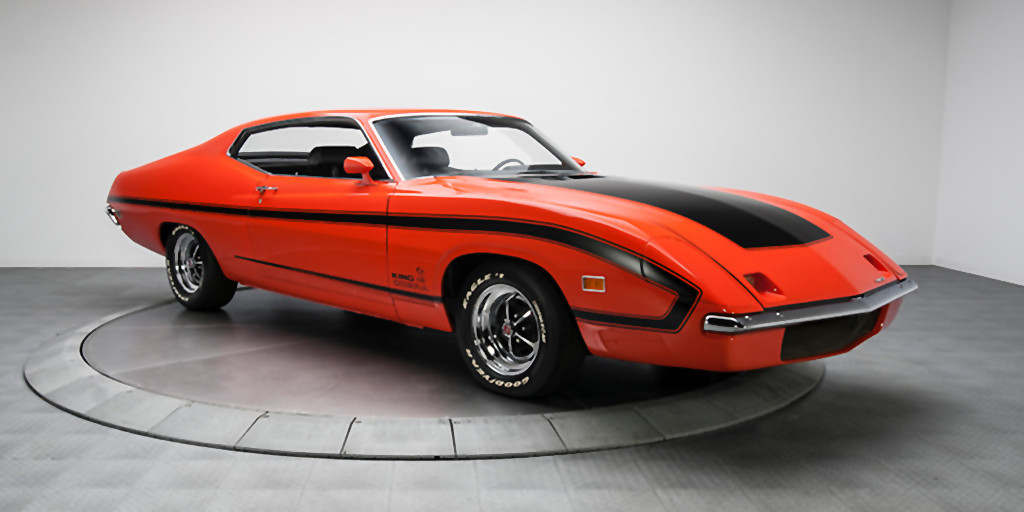 Well, this is exceedingly rare.

A 1970 Ford Torino King Cobra prototype – one of two (possibly three) such cars ever built – has just turned up for sale on eBay. Seller RK Motors Charlotte, which happens to be one of the most well-known, respected classic-car dealers in America, is asking $459,900 for the car.

Making the Ford Torino King Cobras even more special is the fact that both were once owned by none other than former NASCAR owner Bud Moore. That’s no coincidence; the Ford Torino King Cobra was intended to be a NASCAR homologation special, meeting production requirements for Ford’s planned replacement for the Torino Talladega in stock-car racing. Ultimately, the car was never given the chance to compete, and production was scrapped.

Thankfully, Moore stepped in and saved the two Torino King Cobras before they were destroyed, although that didn’t stop this example here from reportedly going on to sit in a field for several years. The Ford Torino King Cobra boasts a 429-cubic-inch V8 – in this example, the same 429 as that found in the legendary Boss 429 Mustang – and a Toploader 4-speed manual transmission that feeds a 9-inch, 3.50 rear. The car measures an incredible 17.5 feet in length, and features unique styling with a sleek, pointed nose and a pair of concealed headlights. The paint is bright orange with black graphics, on top of an all-black interior.

For more on this incredibly-uncommon – and uncommonly-incredible – 1970 Ford Torino King Cobra, check out the original listing on eBay.