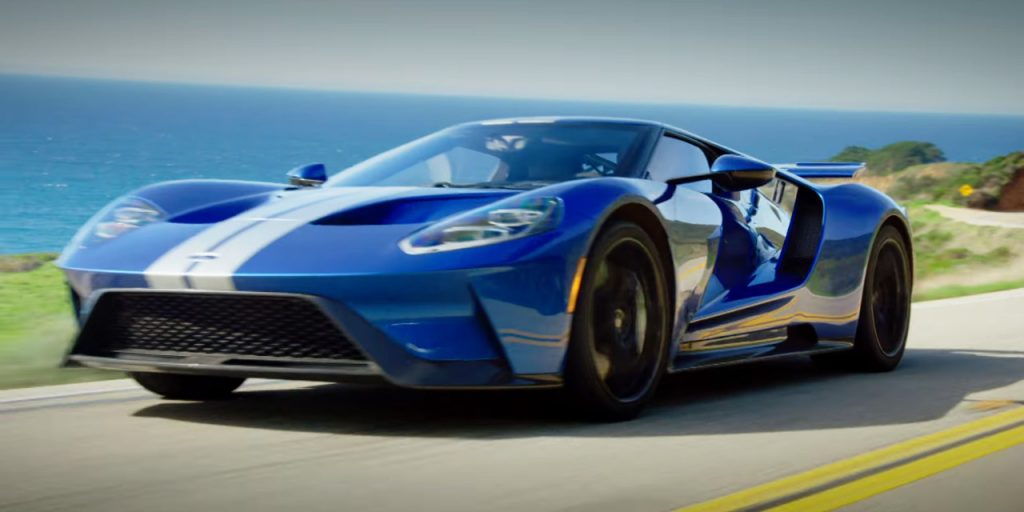 It may not be the most expensive supercar on the market, but the all-new, 2017 Ford GT certainly seems to be one of the most anticipated.

And we ourselves can’t wait to see Top Gear on the BBC have a go in it.

A new trailer for the next episode of the series features American host Matt LeBlanc behind the wheel of the super-high-performance Ford GT, with a pair of clips showing the new car on both the track and the street. In the latter clip, LeBlanc refers to the supercar’s acceleration as “enormous,” which is about what you might expect from a 647-horsepower machine that tips the scales at about 3,050 pounds dry.

The current, 24th season of Top Gear began broadcasting in March of this year. It will consist of seven episodes. Absent this season is former host Chris Evans, who bowed out after season 23, leaving Chris Harris and Rory Reid to take on more prominent roles as co-hosts.

Check out the trailer for season 24, episode 5 of the BBC’s Top Gear above. And don’t blink, or you might miss the all-new Ford GT.