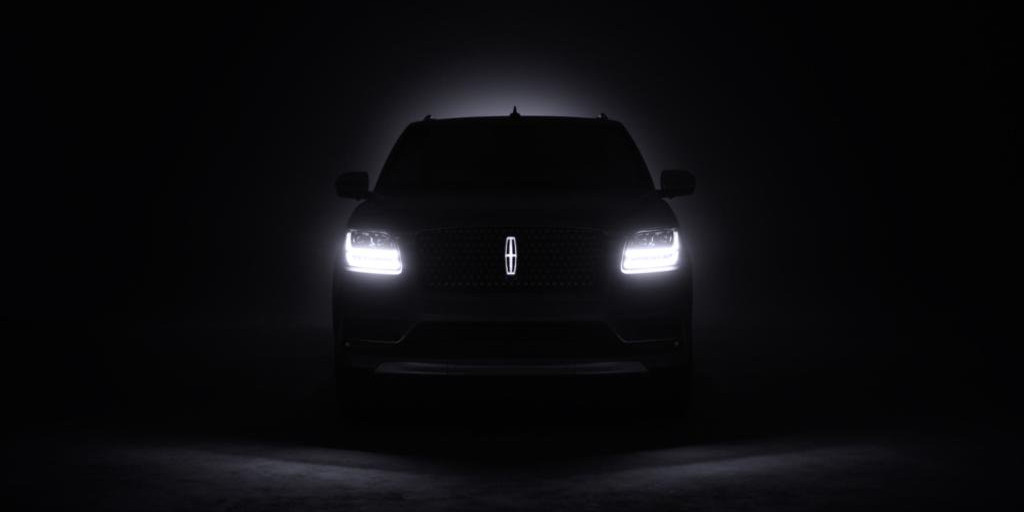 The Lincoln Motor Company took to Twitter this week to tease… well, the Ford luxury marque still hasn’t shared the nameplate of the mystery vehicle it will unveil tomorrow at the 2017 New York International Auto Show, but we’re 99% sure it’s a brand-new Lincoln Navigator SUV.

This year’s Chicago Auto Show already saw the introduction of the all-new, 2018 Ford Expedition – the large, body-on-frame SUV on which the Lincoln Navigator is based. It was approximately a year ago at the New York show that Lincoln first showed its (rather outlandish) Navigator concept, although we’d be utterly shocked if the production version has anything like that concept’s gull-wing doors and concertina steps.

The 2018 Lincoln Navigator will kick off the SUV’s fourth generation, and is likely to follow in the footsteps of its stablemate, the Ford Expedition, by donning body panels made from aluminum alloy. Motor Trend expects the new luxury SUV to retain the twin-turbocharged, 3.5-liter V6 engine of its predecessor, although horsepower is likely to increase from 380 to somewhere north of 400. The introduction of the new Ford/GM 10-speed automatic is a bit of a foregone conclusion.

Cadillac XT4 Comes Along To Challenge The Lincoln MKC: NYIAS 2018