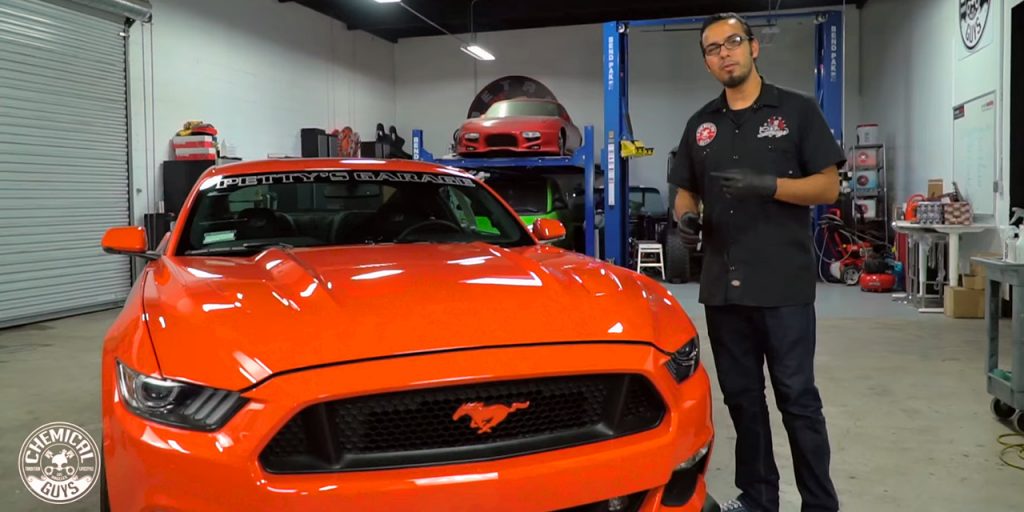 The folks at Chemical Guys are back with another informative car care how-to, showing us how to apply the company’s own Carbon Flex C9 protective coating for black-plastic trim pieces. The car being utilized for this demo: a rare 2015 Ford Mustang Richard Petty Edition with just 21 miles on the clock.

In other words, something absolutely deserving of a $150 bottle of protectant.

Yes, you read that right; a kit containing a 1-ounce bottle of Carbon Flex C9, an applicator block, and two micro-suede applicator towels is listed at $149.99 on the Chemical Guys website. That’s a steep price for so little fluid – but then, it doesn’t exactly take much to cover all the black-plastic trim pieces on a given vehicle, and one treatment is good for 24 months of protection. Chemical Guys touts the stuff as being the “world’s most advanced carbon-based trim restorer and protectant,” capable of restoring a deep black color to trim pieces, and defending against heat, cold, UV rays, and water staining.

A total of 143 examples of the Richard Petty Edition Ford Mustang were built for 2015, including 100 Stage 1 models like the one seen here. Despite being the lower of two spec levels, the Stage 1 Petty Mustang nonetheless boasts 627 horsepower thanks to a Ford Racing supercharger kit and a MagnaFlow exhaust. It also boasts some unique styling elements, and wears the name of a true NASCAR legend.

How To Wash And Wax Your Shelby GT350 Mustang With Chemical Guys: Video