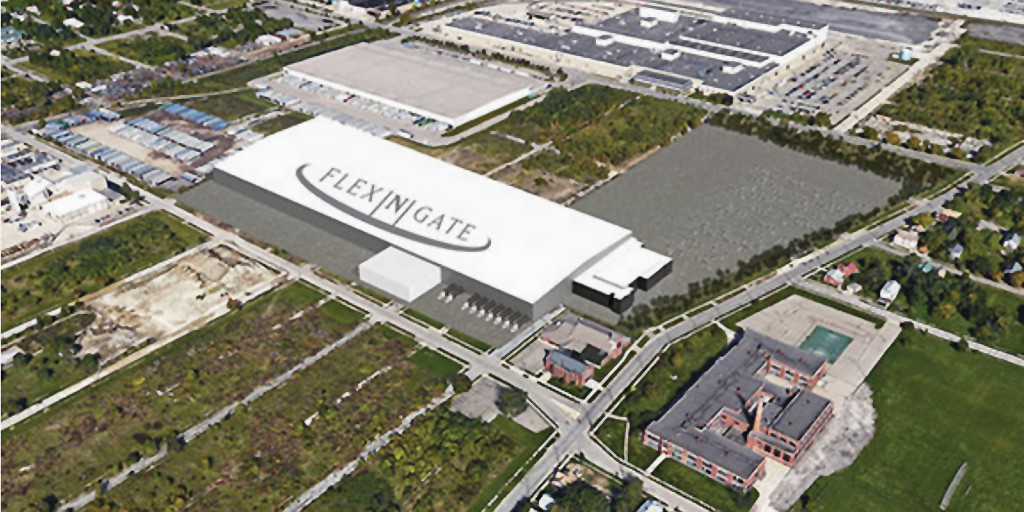 “Nothing starts without a customer and here Ford is really the great impetus in this development in really a critical part of America that really needs this investment,” said Flex-N-Gate owner Shahid Khan, Pakistani-American billionaire and owner of the Jacksonville Jaguars NFL team. “When the customer gives you a sense of direction of that’s what you’d like, that’s what you want to look at… I’m hoping after this we’ll have other customers, other American and foreign customers who will want to have parts built in the city of Detroit.”

Although Detroit has made a rebound in recent years, there is some concern that much of the revitalization has been concentrated in the downtown area, while much of the city remains run-down. Detroit City Councilman Scott Denson, who represents the city’s 3rd District where the new Flex-N-Gate facility is being built, said: “This is not downtown, this is not in Midtown, this is on the northeast side of Detroit [and] we haven’t seen this kind of development in generations.”

Detroit Mayor Mike Duggan called the new plant a “win” for the city.

Flex-N-Gate’s forthcoming, 600,000-square-foot Detroit plant is expected to open in the first quarter of 2018, with production starting the next quarter. It’s being constructed on 30 acres of vacant land in an industrial park northeast of the I-75/I-94 interchange, which the supplier purchased from the city for $1.3 million.