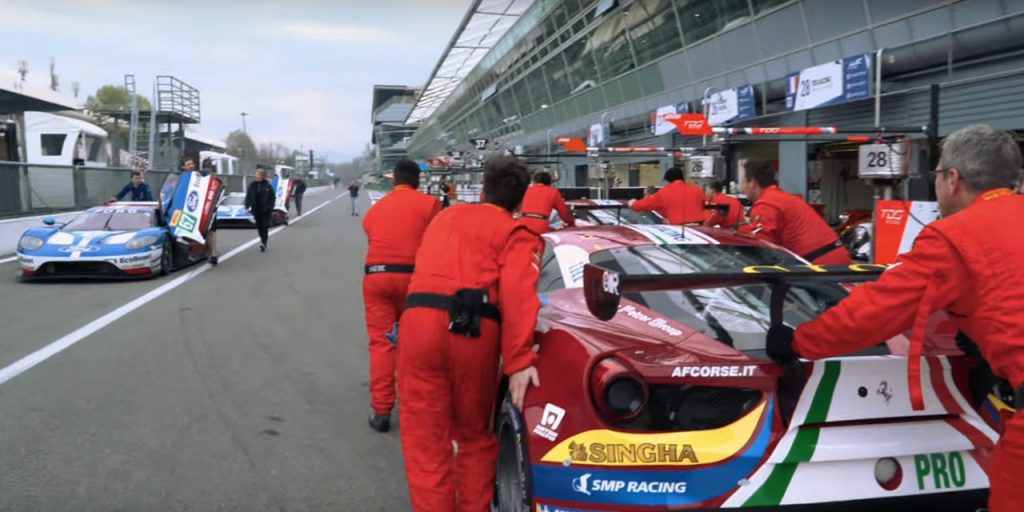 Last weekend was the 2017 FIA World Endurance Championship season Prologue at the Autodromo Nazionale Monza in Italy, meaning that the open test happened to include arguably the greatest holiday on the Gregorian calendar: April Fools’ Day.

Now, we tend to agree with our sister site, Fiat Chrysler Authority: the racetrack is, generally, no place to fool around. There are a great many ways to lose life or limb there, afterall. But some pranks are a-okay.

So, to partake in the holiday, the crews of Ford Chip Ganassi and AF Corse teamed up and switched cars, parking a pair of Ford GT race cars in the AF Corse garage, and two Ferrari 488 GTEs in the Chip Ganassi garage. Then, they sat back and waited for the drivers to get there. You can watch the whole thing play out in the video above, courtesy of the “FIAWEC” YouTube channel.

What’s best about this video in our opinion is the apparent amiability of the two teams. AF Corse, with both of its cars retired, was forced to watch from the sidelines at last year’s 24 Hours of Le Mans as Ford Chip Ganassi pulled off a hard-won victory in the GTE-Pro class. But then, if anyone should have beef with the Ford GT effort, it would be the other Ferrari pro team, Risi Competizione. Their No. 82 Ferrari 488 GTE finished second in the class, dashing Ford’s aspirations to secure a clean 1-2-3 result.