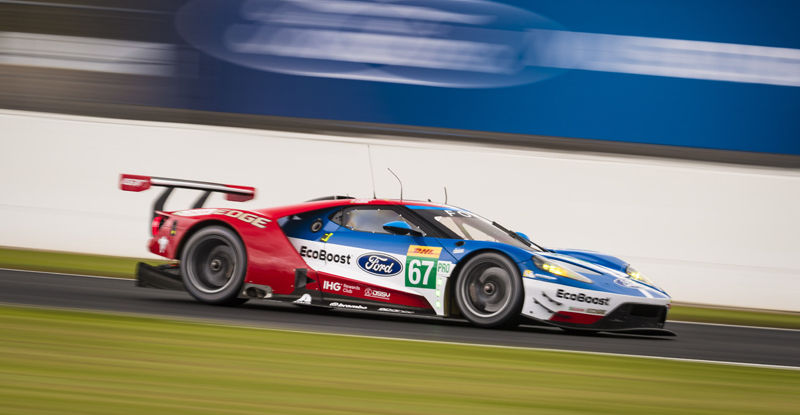 Both Ford and rival Ferrari are looking at introducing an ‘Evo’ kit for their respective racecars due to the possibility of competition heating up in the FIA WEC GTE Pro series. According FIA regulations, manufacturers have a three-year period in which they can submit a design for an improved version of their car for approval, which will alloy Ford and Ferrari to create heavily revised versions of their cars in order to remain competitive.

“It’s logical people could come to the assumption that we might do an evo kit,” Ford GT Program Manager Howard-Chappell said. “We might, but there’s no confirmation or otherwise what we’re doing or if we’ll even do it.” Neither Ford nor Ferrari have committed to producing such evolved versions of their cars, however both are understood to be strongly considering it. If either manufacturer follows through with the plan, both the 488 GTE Evo and GT Evo will be slated for a 2018 introduction.