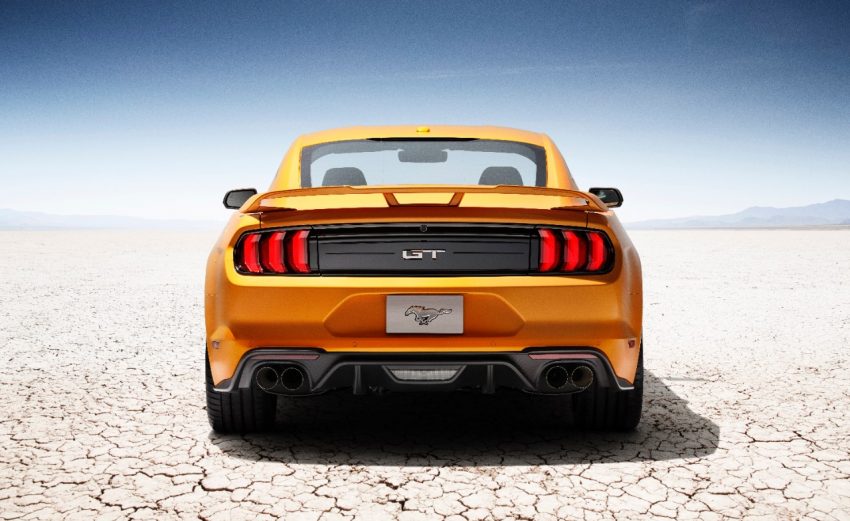 Well aware of the Ford Mustang GT’s immense appeal, the Blue Oval brand has decided to make available a free mobile phone ringtone that captures the ferocity of its powerful V8 engine.

To create the audio clip, Ford mic’d up a 2018 Mustang GT equipped with the available active-valve performance exhaust, which employs electronically-controlled valves that can open and close dynamically to alter the volume as engine speed and vehicle speed change. The pony car, also fitted with Ford’s new 10-speed automatic transmission, was then recorded accelerating aggressively up to 155 mph in Track mode.

New for 2018, the Ford Mustang GT has been given its first-ever factory quad-tip exhaust system, which serves a thoroughly-reworked 5.0-liter Coyote V8. The updated engine now has both port and direct fuel injection, and is expected to make 455 horsepower – 20 more than the current motor. The Mustang GT’s new, optional active-valve performance exhaust is in much the same vein as Roush’s programmable active exhaust, and on the factory car, it ships with four pre-programmed modes.

“We created this system to provide customers with a sound experience that best complements the exhilaration of driving the Mustang,” says Ford Mustang Chief Engineer Carl Widmann. “The total excitement is something you don’t just feel, you hear.”