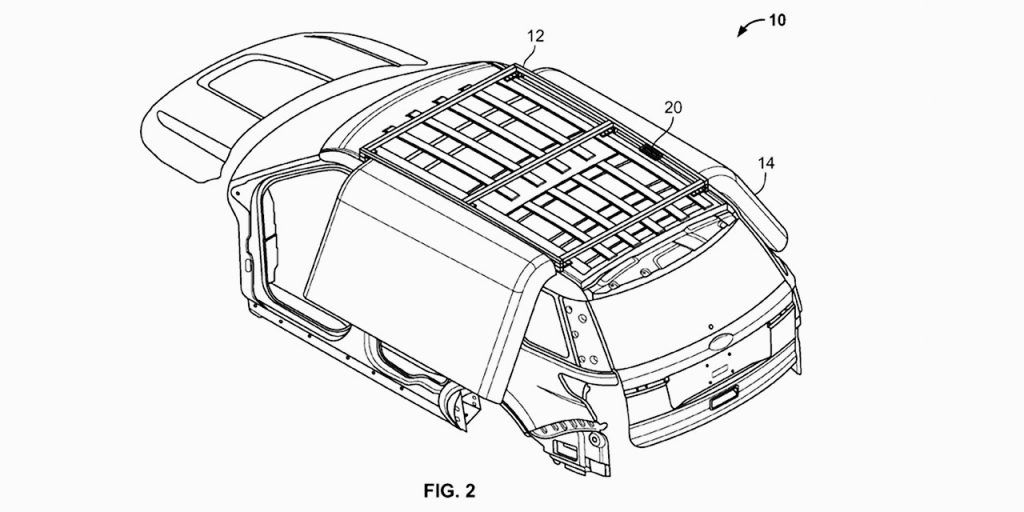 A new patent recently granted to Ford details a new sort of airbag system for lessening the blow in the event of a vehicle rollover, using two airbags stowed within the roof rack that drop down the sides of the vehicle to absorb some of the impact.

Roadshow uncovered details of the new patent, which was filed on October 20th, 2015 and published last week. According to Ford’s description, after deploying downward from the roof rack, each airbag could “be held in desirable deployed position by one or more elastic tethers.” Roadshow points out that, unlike conventional interior airbags, these would likely have to remain inflated longer after deployment, as the vehicle might roll over several times before coming to rest.

The new Ford patent literature goes on to tout the possible advantages of such a system; while many modern passenger vehicles now have side curtain airbags to protect occupants, the structure can still deform and harm passengers in that way. Additionally, the window glass can shatter, or if the window is open at the time of the accident, objects can protrude into the cabin during the event. External roof-rack airbags like those patented by Ford could potentially help mitigate all of these risks.

While a patent should never be taken as proof of an intent to implement something, Ford’s proposed roof-rack airbag system seems particularly plausible given its relative simplicity and life-saving potential. We’ll keep an eye out for this invention to make it to market on some production Ford model in the not-too-distant future.