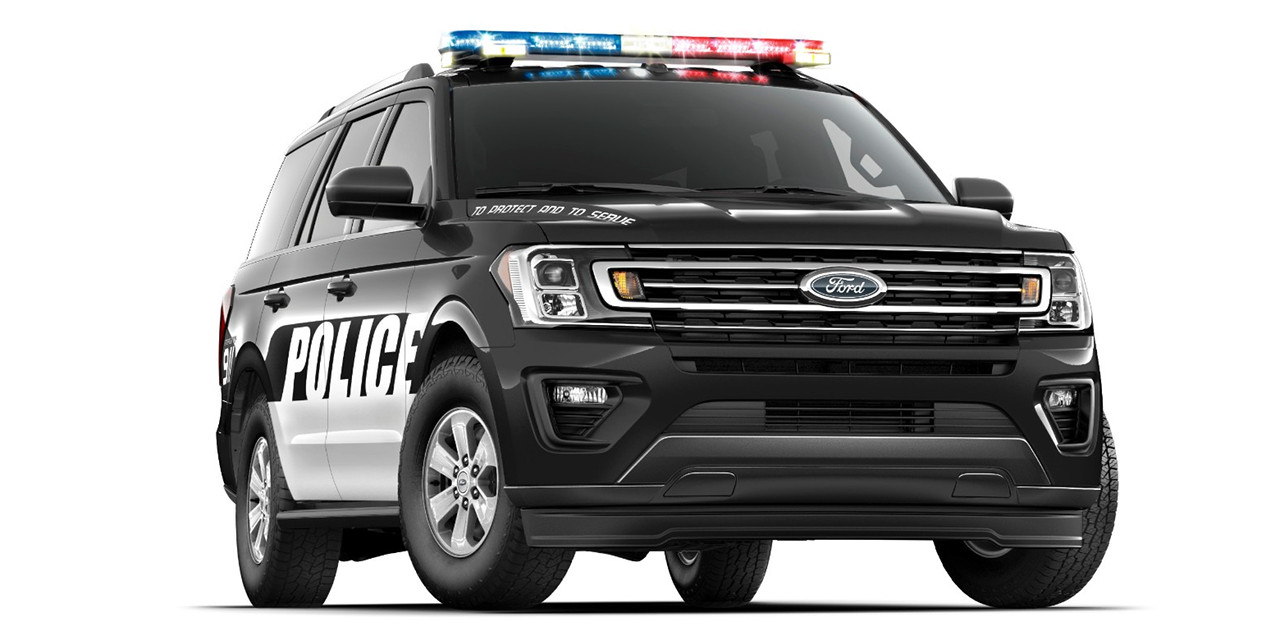 The Ford Expedition SUV has been redesigned from the ground up for 2018, and with it, there’s an all-new Ford Expedition “Special Service Vehicle” (SSV) for law enforcement, government, and fleet customers to get their paws on.

Ford revealed the new, 2018 Ford Expedition SSV earlier today, although like the revamped F-150 SSV that appeared alongside it, it’s hardly a radical reinvention. It receives the same second-generation, 3.5L EcoBoost V6 as the civilian Expedition unveiled in Chicago earlier in the year, along with the same 10-speed automatic transmission, although the shifter is located on the steering column, per law enforcement’s wishes. The SSV’s body is all-new, and formed from the same high-strength aluminum-alloy as on the new regular-duty model family.

Like the outgoing Ford Expedition SSV, the 2018 model also gets an uprated, 240-amp alternator for longer idle times and an improved ability to handle increased electrical demands. The standard 40/20/40 seats have been replaced with 40/blank/40 seats to leave more space for customization, while in the rear is a vinyl-wrapped bench offering easy clean-up. The floor is also covered in vinyl for the same reason.

But unlike the outgoing model, the 2018 Ford Expedition SSV gains Auto Start-Stop for the first time, and boasts an electronic limited-slip differential in the rear.

“While our Police Interceptor Utility remains the best-selling law enforcement vehicle in the country by a large margin, some agencies need to haul five people with higher equipment-carrying capacity, or off-road capabilities are required,” says Ford Police Brand Marketing Manager Stephen Tyler. “That’s where the F-150 SSV and Expedition SSV come in.”