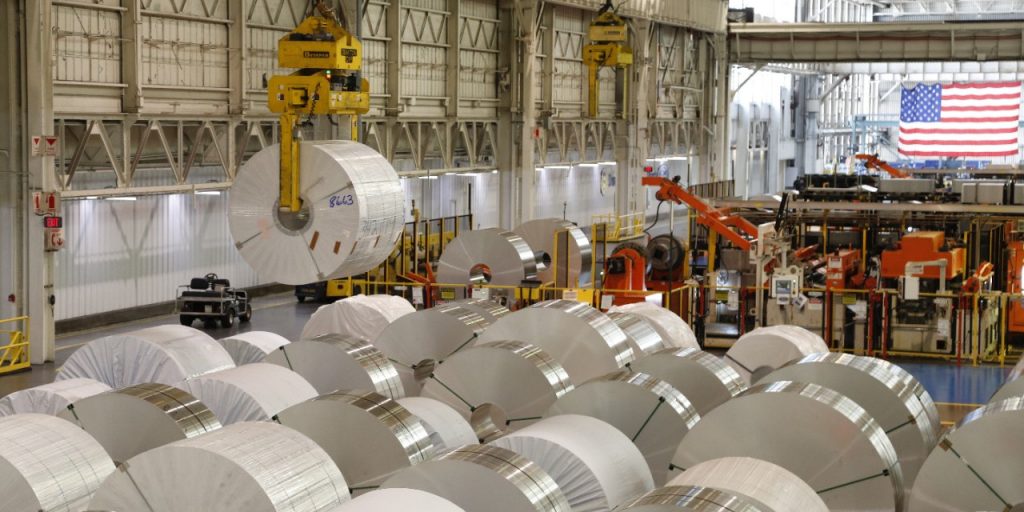 When the Ford F-150 switched over from a steel to an aluminum-alloy body for the first time for the 2015 model year, the automaker implemented an advanced recycling procedure to recapture as much excess alloy as it could, lest vast quantities of the expensive metal be wasted needlessly.

The design of Ford’s aluminum-recycling process was spearheaded by one Chip Conrad, Ford stamping engineer, and now that the F-Series Super Duty has also entered into a new, alloy-bodied era for 2017, the process he helped develop is being implemented across three different Ford US plants: Dearborn Stamping, Buffalo Stamping, and Kentucky Truck. Each month, Ford recycles 20-million pounds of excess alloy – enough to build an extra 37,000 F-Series bodies.

Here’s how it works: scrap metal left over from the stamping of Ford F-Series body panels is shredded into chips about the size of a paper bill. Those chips are sucked by vacuum into tubes, sorted based on their grade by a computerized system, and deposited directly into semi-truck bins to be hauled away for recycling.

“The system automatically knows which of the four different grades of alloy is being stamped at a given time, then it routes the material into one of four trucks standing by to send it back for reprocessing,” says Mr. Conrad.

Ford’s alloy-recycling process is what’s known as a “closed-loop” system, as the “waste” material is used to make new product. Needless to say, we ought to be seeing a lot more of it as both the 2018 Ford Expedition and 2018 Lincoln Navigator also enter into the aluminum age.