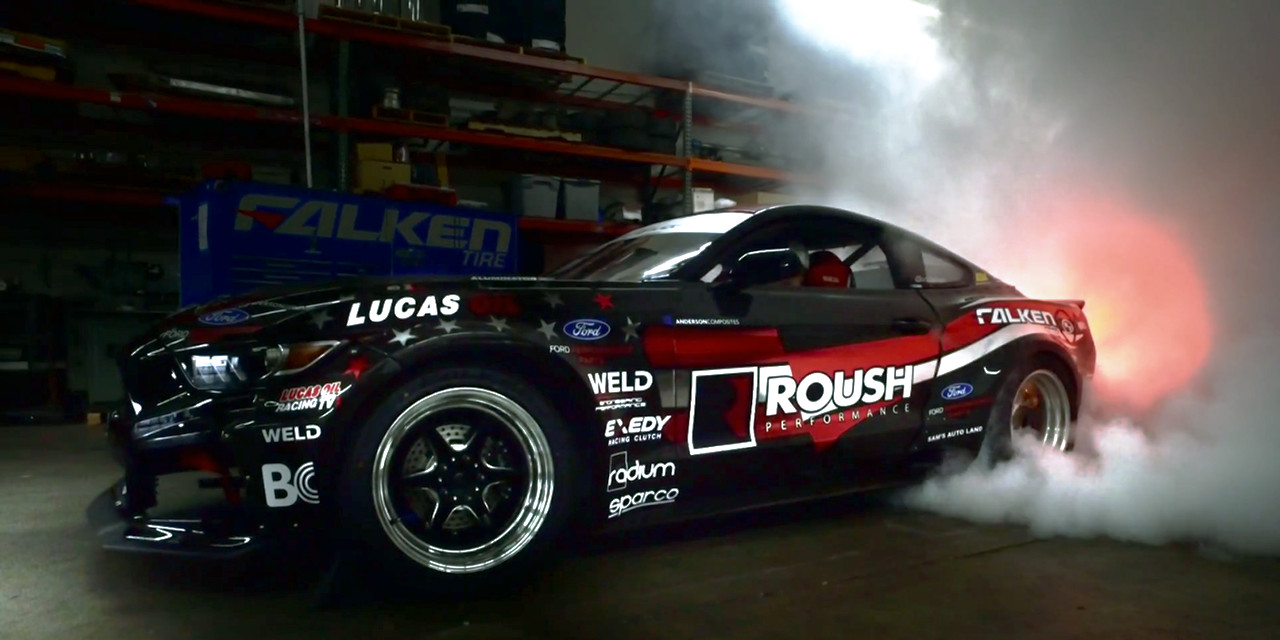 You can see that in the video above, which ends in just about the most American fashion conceivable: a 40-second burnout with the US national anthem playing triumphantly in the background.

Pawlak, who drives the No. 13 Roush Performance Ford Mustang, managed to rack up 35 points at the 2017 season opener at Long Beach. He made it to the top 16 before being eliminated by Ryan Tuerck – driver of the No. 411 Toyota 86. Vaughn Gittin Jr., meanwhile, drove his No. 25 Monster Energy Nitto Tire Ford Mustang RTR to the top 16, earning 39 points. Chelsea DeNofa, new to drifting in the Mustang, was eliminated in the first round, earning 18 points.

We’ll be watching all three Ford Mustang Formula Drift drivers closely as the season progresses. Be sure to check out JTP’s new Roush Performance Formula D livery in the video above.