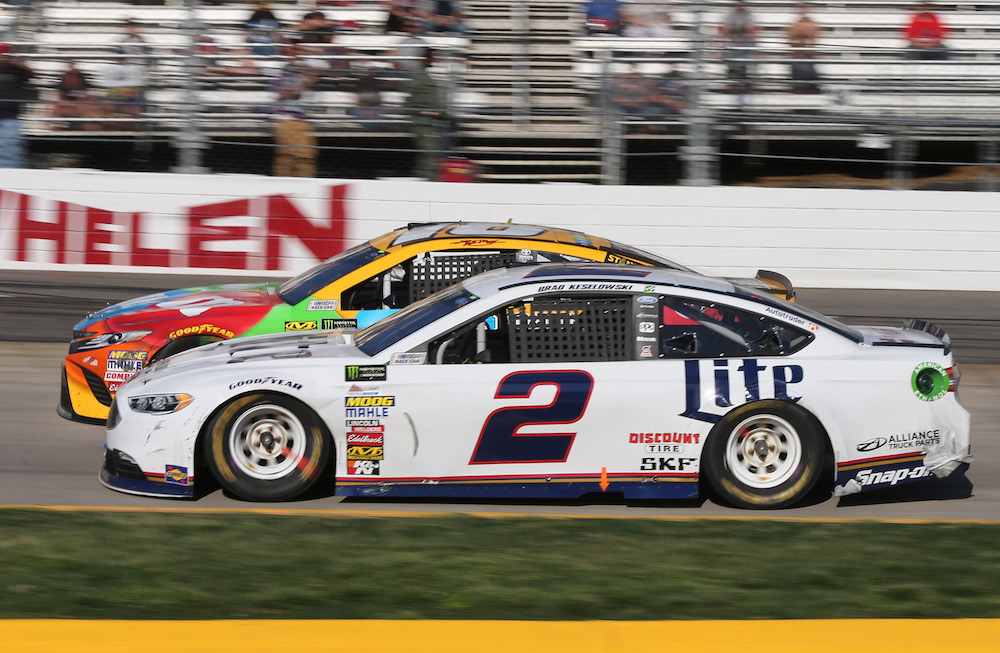 The 500 lap race saw 14 caution periods for a total of 95 laps, with Keselowki and Busch trading places after the green flag dropped for the final time on Lap 444. Keselowski moved into the top spot for the last time on Lap 458, pulling out a sizeable lead over the Toyota driver and going on to win by 1.8 seconds. Busch, who led a race-high 274 laps, finished second, with Chase Elliott, Joey Logano and Austin Dillon rounding out the top five.

Keselowski wasn’t a favorite to win early on, with the Ford driver incurring a speeding penalty under yellow that dropped him to the back of the field. However when the second caution came out on Lap 108, Keselowski’s crew elected to leave the No. 2 Ford Fusion out to gain track position – a move that cemented a spot near the front of the grid for Keselowski for the remainder of the night.

“This is awesome,” he said post-race. “We’ve ran so good here with the Miller Lite Ford, but something always happens and we haven’t been able to bring it home. Martinsville is just one of those champion’s tracks. The guys that run well everywhere run well here, and it’s really just an honor to win here and get to compete here. This track is 70 years old and a lot of legends have won here. It feels great to be able to join them and bring home a clock.”

NASCAR heads to Texas Motor Speedway next week for the O’Reilly Auto Parts 500 on April 9th. Click here for a full weekend schedule and here for full results from Martinsville.