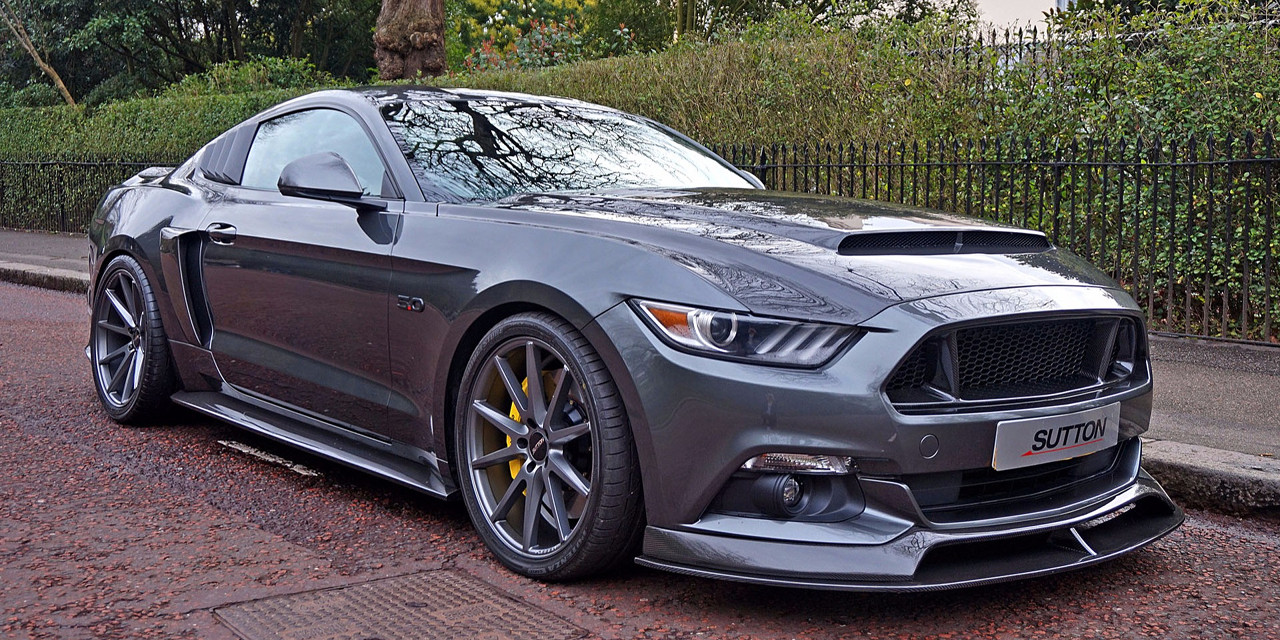 London supercar dealer Clive Sutton, through its “Sutton Bespoke” outfit, is introducing a new, 800-horsepower Ford Mustang for the UK market – so that finally, the British may have tuned, high-horsepower ‘Stangs to rival those on offer in the US.

Remember: the Ford Mustang wasn’t even officially sold in RHD markets like the UK until last year. Helping to keep all 800 horses in check is a 3-way adjustable suspension, plus a carbon-fiber front splitter and decklid with an integrated spoiler for downforce. The rest of the CS800 Mustang’s exterior looks just as wild, too, with a gaping Super Snake hood, and a custom rear valance and side skirts, again rendered in carbon fiber.

The Sutton CS800 Mustang was officially unveiled at the Top Marques Monaco luxury products expo, where a price tag of £64,950 (about $83k US) was announced. That places the new, high-horsepower pony car rather on the expensive side, to be sure, but consider this: it’s still well below the base price of a Porsche 911 Carrera, and delivers more than twice the horsepower.

Plus, it looks fantastic.