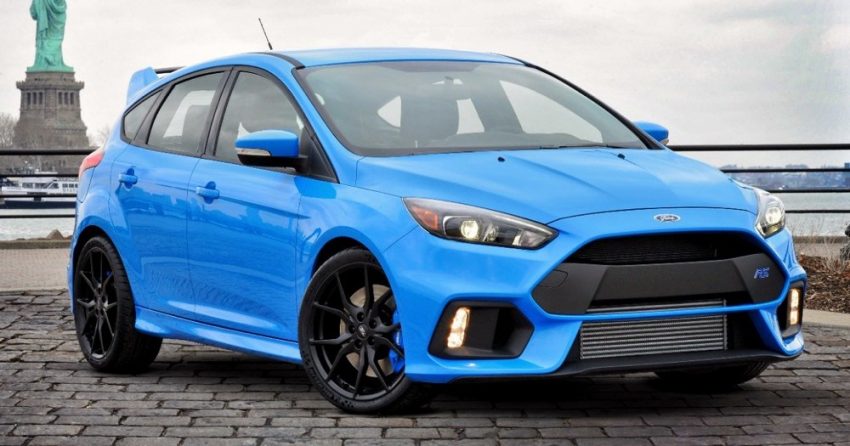 Australian car site Motoring.com.au reports that he went on to say: “You can do donuts in that mode, but drifting on a racetrack – it’s not possible.”

The Mercedes A 45 AMG, already more potent than the Ford Focus RS Mk III with its turbocharged, 381-horsepower 2.0-liter, is slated to get a power bump and a revised all-wheel-drive system as soon as next year. Mercedes-AMG’s CEO says the all-new version of the hot hatch will make upwards of 400 horsepower, but according to Motoring, Moers was non-committal regarding whether the new A 45 AMG would be able to drift or do donuts.

The Ford Focus RS, meanwhile, isn’t likely to gain any more power before it ends production next year. However, aftermarket tuners like Mountune and Hennessey Performance offer upgrades capable of keeping the latest-and-greatest Ford hot hatch competitive with the best of ’em.

Plus, whether or not you think its “Drift” driving mode is accurately labeled, it remains the only hot hatch on the market with a driving mode specifically intended for smoking the tires. That’s more than good enough for us.