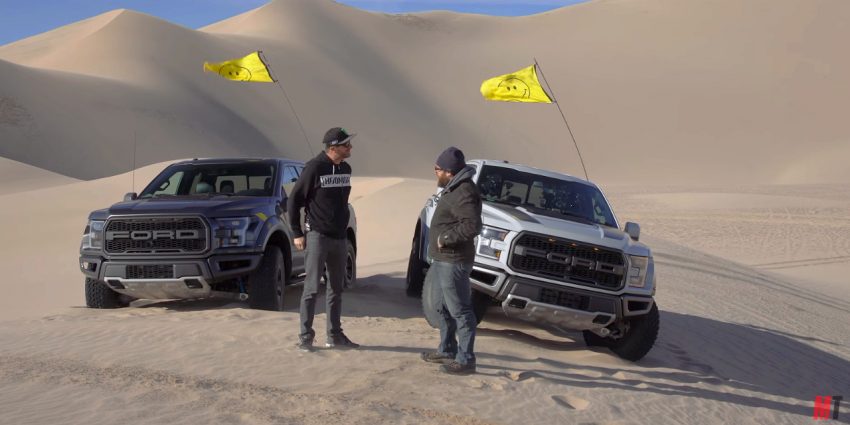 In the latest episode of Motor Trend‘s “Ignition” with Jonny Lieberman, Mr. Lieberman takes the all-new, 2017 Ford F-150 Raptor out for a spin off the beaten pavement in California City, California – “the world’s first pre-apocalyptic post-apocalypse town.”

Lieberman seems quite enamored with the F-150 Raptor, praising its twin-turbocharged, 3.5-liter EcoBoost V6 and 10-speed automatic transmission for their performance both on-road and off. He also makes the rather bold claim that, unlike its predecessor, the new Raptor’s bespoke, fully-boxed steel frame won’t bend after hard jumps.

We’ll just have to see about that one.

For the second half of the episode, Lieberman and crew move the Ford F-150 Raptor over to Dumont Dunes, just outside of Death Valley, where they’re joined by someone with a bit more off-road driving experience: World Rallycross driver and professional hoonigan Ken Block. As you might’ve guessed, that’s where things really get interesting.