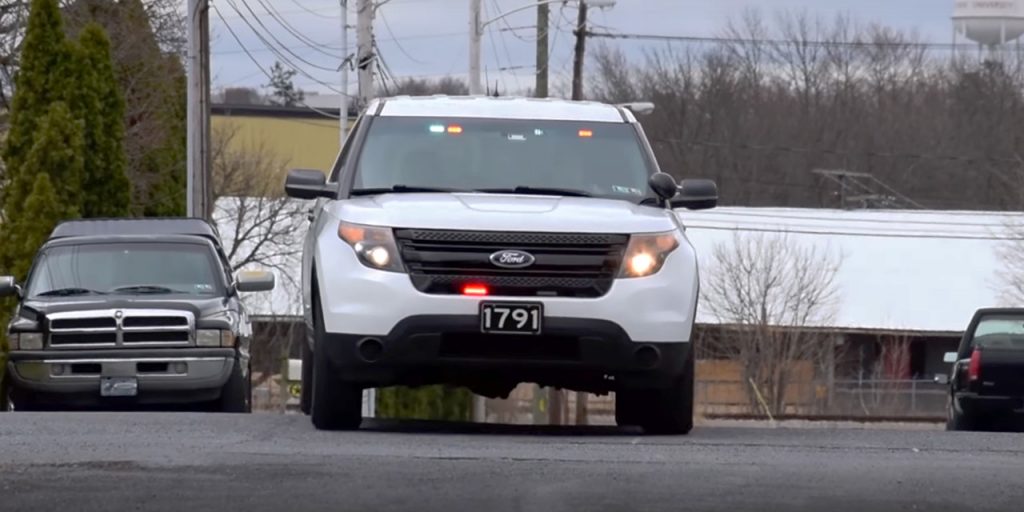 Ford’s trusted Crown Victoria police interceptor is no more, having ended production in 2011 and given way to a new wave of police interceptors based on the Ford Taurus sedan and Explorer crossover, respectively. While typically off-limits to us civilians, Mr. Regular of Regular Car Reviews managed to find his way into the drivers seat of a privately-owned Interceptor Utility recently, and delivered his thoughts in his characteristic style.

The Police Interceptor Utility in the latest episode of Regular Car Reviews was powered by Ford’s 3.7-liter Cyclone V6. (Law enforcement fleets have the option of springing for the twin-turbocharged, 3.5-liter EcoBoost, as well.) In this applications, it makes a reported 304 horsepower and 279 lb-ft of torque – not enough to make the large vehicle quick on the highway, says Mr. Regular. It’s also governed at 141 mph, he says, meaning there are plenty of machines that can outrun it at a full trot.

Now several years old, decommissioned examples of the Ford Police Interceptor Utility have started making their into the public’s hands. To learn more about the sort of SUV you could come away from the next police auction with, watch the latest episode of Regular Car Reviews, above.