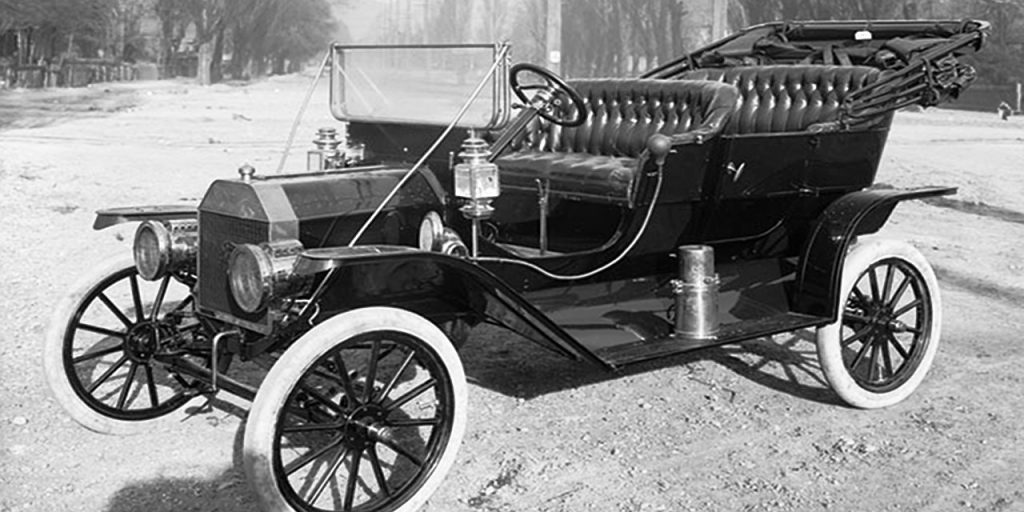 The Ford Model T, it turns out, is quite happy to ignite and run on liquid fuels other than gasoline: kerosene, benzene, ethanol, and on the list goes. One rather prevalent and persistent rumor asserts that this was by design – that the Ford Model T was engineered to be a multi-fuel vehicle.

But according to Hemmings, that’s just not so. “We’ve found no evidence that Ford designed the Model T to run on any fuel other than gasoline,” writes Hemmings’ Daniel Strohl.

Trying to suss out exactly how the rumor originated is rather difficult, not least of all because the Model T reportedly used no fewer than thirteen different carburetors from four manufacturers over the course of production. One possibility is the needle-valve adjustment knob on the dash, which was meant to allow motorists to compensate for different atmospheric densities – whether due to changes in ambient temperature or altitude – but can be used to effectively compensate for different types of fuel.

Another possibility, according to Hemmings, is that the rumor might have been fueled by the prevalence of aftermarket dual-fuel systems, which seem to have been inspired by the Fordson tractor – a piece of agricultural equipment which was indeed designed to run on both gasoline and kerosene. The user would start the tractor on the former, and then switch to the latter fuel once it was up to operating temperature.

And finally, let’s not forget that Ford Motor Company founder Henry Ford himself grew up on a farm, and had something of a penchant for rural living. Before serving as the location for a bomber plant during World War II, Willow Run was a Henry Ford-owned farm which brought in inner-city boys to teach them about farming and rural living. He also once commissioned a car with body panels made from a plastic whose main ingredient was soybeans.

Thus, Hemmings notes that it’s not far-fetched to imagine that Henry Ford might have designed the Model T to use the sort of fuels that farmers might be able to produce themselves. The outlet even found a quote from a New York Times piece, wherein Ford says: “The fuel of the future is going to come from fruit like that sumach out by the road, or from apples, weeds, sawdust — almost anything. There is fuel in every bit of vegetable matter that can be fermented. There’s enough alcohol in one year’s yield of an acre of potatoes to drive the machinery necessary to cultivate the fields for a hundred years.”

Nonetheless, there exists no solid evidence that the famous Ford Model T was ever intended to be run on anything beside regular gasoline. That it will operate on so many other, “alternative” fuels appears to be purely accidental.