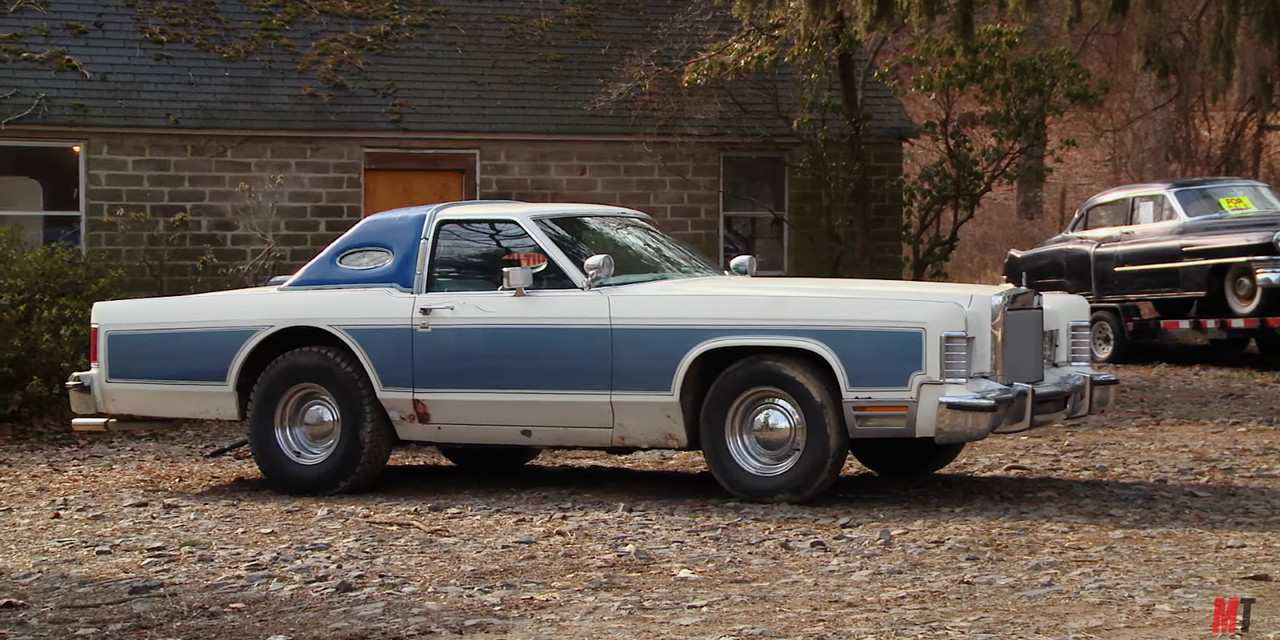 LeMons racing, wherein enthusiastic madmen (and women) with more bravado than cash go racing in $500 cars at road courses around the US, has a spin-off: the LeMons Rally. The premise is quite simple: drive from checkpoint to checkpoint across half the country in a street-legal hooptie, and try not to get stranded.

The guys from Roadkill seem to love it, too; they just attempted to complete the “Retreat from Moscow” LeMons Rally, which runs 1,800 miles from Moscow, Pennsylvania over to Buffalo, New York, before turning southwest and ending in Paris, Tennessee. Roadkill‘s David Freiburger and Mike Finnegan neglected to purchase a car prior to their flight to the starting location, so they ended up purchasing a Craigslist find on the spot: a 1978 Lincoln Continental that had been converted from a four-door to a two-door.

Yeah, let that sink in.

If you’re wondering what the going rate is for such a Lincoln Continental, the answer is $3,500. That’s complete with un-restrained 6×9 speakers, cow-print visor covers, and a headshot from a mustachioed stranger named Vince Lanza. Check out the latest episode of Roadkill above to see how this mighty, chopped 1978 Lincoln Continental fares in the Retreat from Moscow Rally.

‘Roadkill’ Drops A Ford 5.0 Into Its War-Ravaged Datsun 240Z: Video