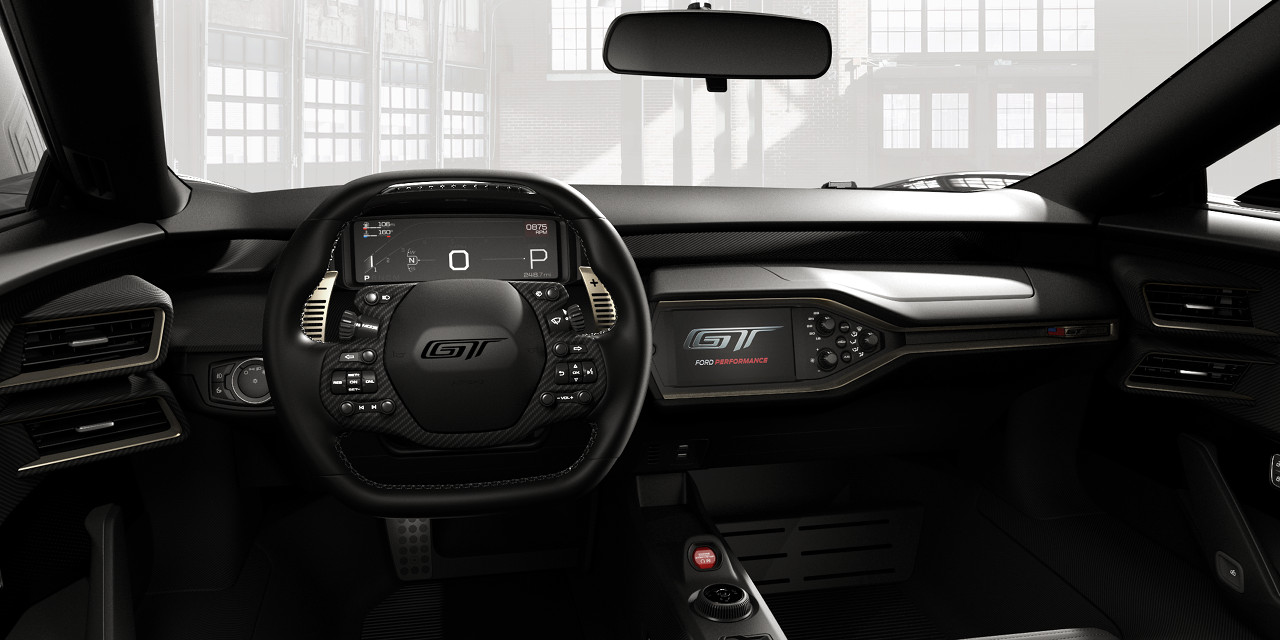 The unique, space-age design of the steering wheel in the all-new Ford GT supercar wasn’t influenced by the sorts of things you’d expect: the wheel in an F1 race car, for example, or the controls in a fighter jet’s cockpit.

Rather, Ford Performance Director Dave Wozniak revealed in a recent interview that the Ford GT’s till was inspired by a children’s toy: Hasbro’s Bop It Extreme™, released in 1998.

“At its heart, Ford Performance will always be about fun,” Wozniak said. “And when you go about trying to design the ultimate performance machine – the ultimate fun machine – you have to look at how the driver will engage with the interfaces in the cockpit. Obviously, the steering wheel is a big part of that.”

He paused to hop off the trampoline at Ford’s Dearborn headquarters and catch his breath before continuing: “So we looked at sort of what were the most fun interfaces that we– that the GT team could recall experiencing, and Bop It Extreme™ just, you know, it was obvious that that was some of the best fun our engineers had had growing up.”

Hasbro’s Bop It Extreme™ was a battery-powered toy, shaped approximately like a wheel, that – when activated – would issue vocal commands to the player that he or she would have to quickly follow. The commands included “Bop it!”, “Twist it!”, and “Pull it!”, all of which were featured on the earlier Bop It™ game, plus two new commands: “Flick It!” and “Spin It!”

“So if you look at the steering wheel in Ford GT, you see we have this complex array of buttons, dials, toggle switches, and that all contributes to this frenetic sense– what we call the ‘buzz’ of driving it,” says Wozniak. “It’s just another way that the car – with this piece of equipment that you use every time you drive it – sort of draws you in and makes sure you’re at the peak level of engagement, from the time you take off to the time that you put it in park.” Of course, one might argue that the price of failure while playing Bop It Extreme™ – being mocked by a prerecorded message – is far less than that while driving the 2017 Ford GT. The supercar costs approximately $450,000 in the United States, while the value of the human lives within is literally incalculable.

We pointed this out to the Ford Performance Director. “Right, well of course we have a warning message that appears on the digital dash at startup saying that the driver shouldn’t use the steering wheel unless they’re on the track.“