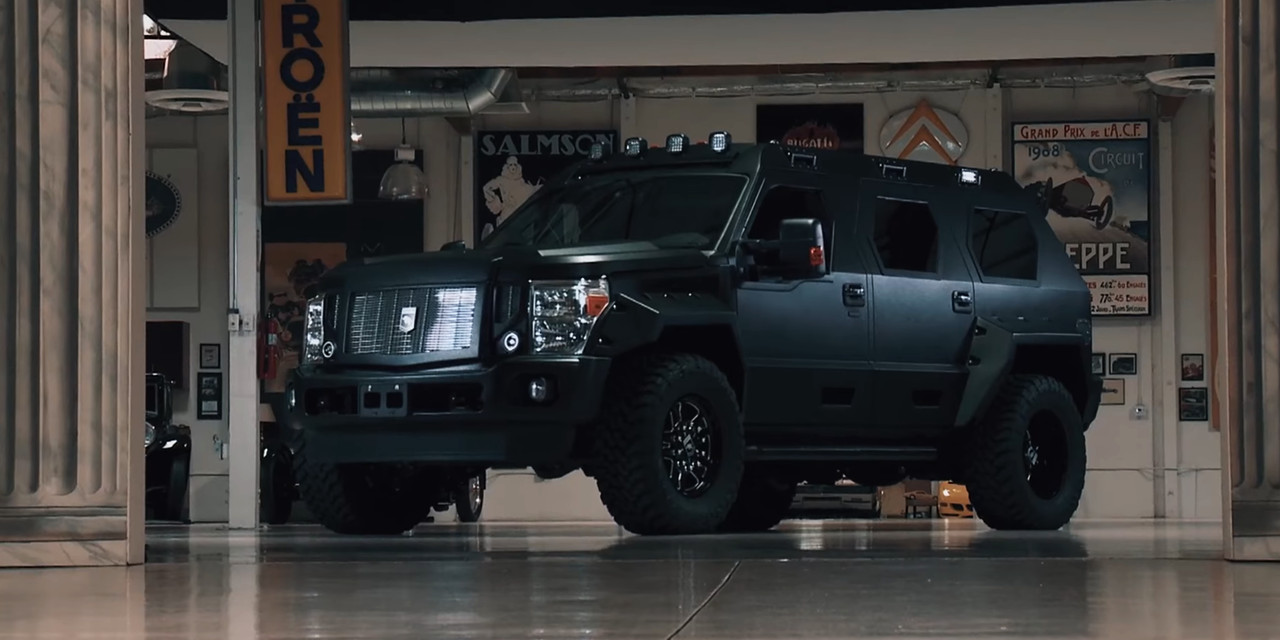 It’s dumbfounding just how much vehicle one is permitted to drive on the street without a Commercial Drivers’ License.

Take, for instance, the 2016 US Specialty Vehicles (USSV) Rhino GX – a mammoth, 9,600-pound sport utility vehicle built on the Ford F-450 chassis. Despite sounding (and looking) like a military vehicle, the Rhino GX is entirely street legal, and one doesn’t need to obtain any sort of clearance from the Pentagon in order to purchase one.

What one does need, however, is plenty of disposable income, as the Ford F-450-based 2016 USSV Rhino GX costs about a quarter-of-a-million dollars.

Recently, USSV Client Relations Rep. Ernie Salazar stopped by Jay Leno’s Garage with the Ford F-450-based Rhino GX and the company’s smaller, Jeep-based Rhino XT. Astoundingly, Salazar says that US Specialty Vehicles has already built somewhere around 300 examples of the former model, so look hard (and long) enough on Southern California’s public roads, and you might just catch a glimpse of the 7-foot-2-inch-tall utility vehicle making its way through traffic.

Hear more about it on the latest episode of Jay Leno’s Garage, above.