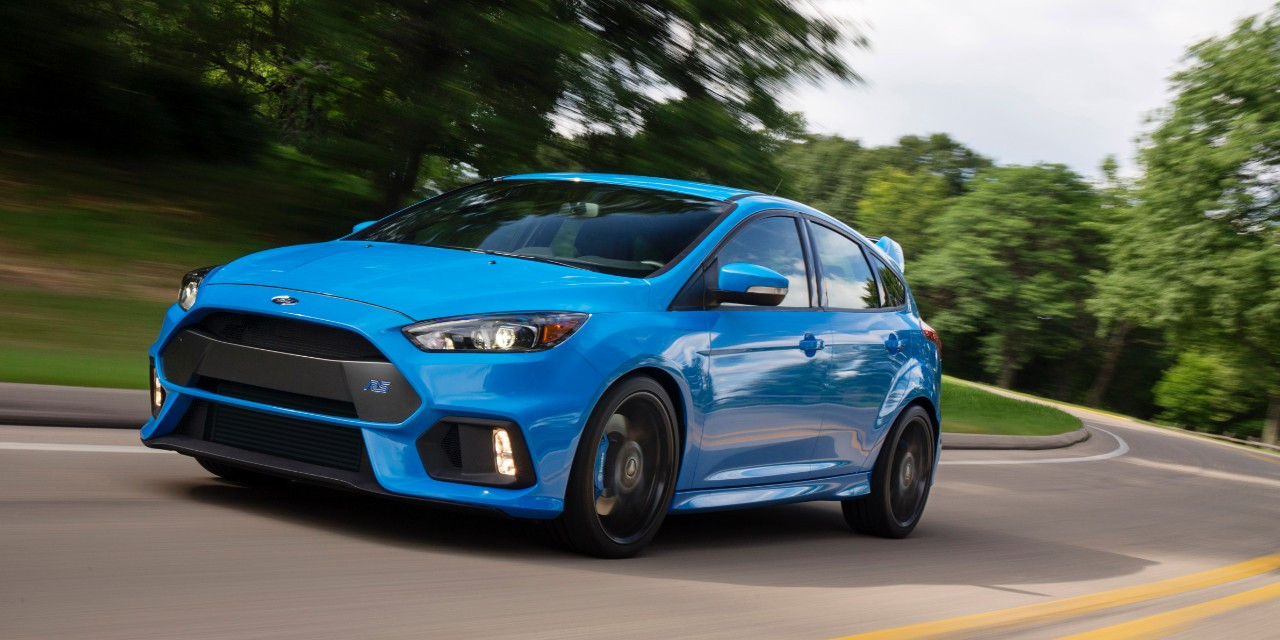 Recently, we were given a new, very blue, Mk III Ford Focus RS to toss around for a week. (A thorough review of Ford’s hottest of hot hatches is currently in the works.) In that time, we came to conclude that, no matter how unpopular an opinion it may be, Ford’s 350-horsepower, all-wheel-drive hot hatch would be better served with a dual-clutch automatic transmission than its 6-speed manual – the sole transmission available.

The Case For A Manual

We’re well aware of the reasons why those who love to drive often prefer manual transmissions; increased driver involvement, more precise control over the powertrain, a direct and almost primal link to the car’s mechanicals, and even a sense of accomplishment are all known hallmarks of the stick-shift. Of the eight cars this author has owned, fully six of them have been equipped with manual transmissions, all of them by choice.

That is to say, the author understands well the appeal.

But here’s the thing: while the manual transmission is a thoroughly analog and rudimentary thing, the Ford Focus RS is most certainly not. Computerized fuel-injection and ignition is one thing, but the RS’ advanced, torque-vectoring all-wheel-drive system from GKN is about as far from “basic” as one can get. Based on which driving mode is selected, an automated control module decides in real time when to engage each of three clutches and how much in order to propel the vehicle. And while that process is largely invisible to the driver, at no point does the RS quite feel “organic.”

We’ve all heard that a modern Ford F-150 pickup is controlled by as many as 150 million lines of code. We shudder to think how many lines are required to keep the new Ford Focus RS going.

Other Reasons To Ditch The Manual

The case against the Focus RS’ 6-speed stick doesn’t stop there, we’re afraid, as when it comes down to it, the experience of manually shifting gears in Ford’s ultimate hot hatch simply isn’t all that great.

The main reason for this is the RS’ high seating position. One doesn’t sit inside the Mk III Ford Focus RS; he sits atop it. The result is an almost SUV-like feeling of kicking down rather than forward to depress the pedals, which makes actuating all three rather unsatisfying. Add to that the fact that the brake and throttle pedals aren’t positioned especially well for heel-and-toe maneuvers, or that the shifter doesn’t feel all that great to row, and you end up with a sub-excellent manual experience.

Of course, Ford has their reasons for selecting a manual transmission rather than a dual-clutch automatic; Chief Engineer Tyrone Johnson told CarAdvice last year that the Focus RS’ six-speed was selected partly for its lower cost, and partly because it means less weight on the front axle, translating to less understeer. Still, we would argue that the clutch and gearbox come close to harming an otherwise sublime driving experience.

In summary, drive the Ford Focus RS, and you might well expend more of your attention and effort working the shifter and pedals than actually, you know, driving. A dual-clutch transmission with automatic rev-matching would allow one to concentrate more fully on the important things: carving corners and accelerating like a bat out of hell.

Oh, right; and we guess there’d probably be some performance advantage, too.