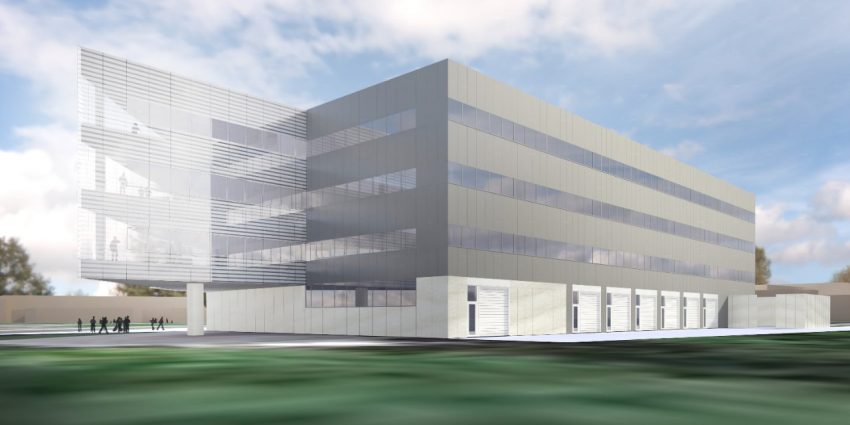 The University of Michigan in Ann Arbor will name a new robotics laboratory after Ford Motor Company, after Ford donated $15 million of the total $75-million cost for the facility.

The future Ford Motor Company Robotics Building – a 140,000-square-foot, four-story research laboratory – is projected to open in late-2019. Ford will send roughly 100 researchers and engineers to work in a fourth-floor laboratory there, in the hopes of helping accelerate its autonomous-car research. The building will also house classrooms, offices, an open collaboration area, and lab spaces tailored to specific robotic technologies.

That’s not even to mention plans for a three-story “fly zone” for the testing of aerial autonomous vehicles, a garage space for self-driving cars, and an outdoor obstacle course for testing walking automatons, U-M says. The new facility is being erected very near to the University’s “MCity” simulated urban environment, which Ford has used to test its autonomous car prototypes in the past.

“At Ford, we have a robust plan to lead in autonomy,” says Ford CTO and Executive VP of Product Development Raj Nair. “This investment accelerates our work by providing dedicated space for robotics research on the U-M campus.”