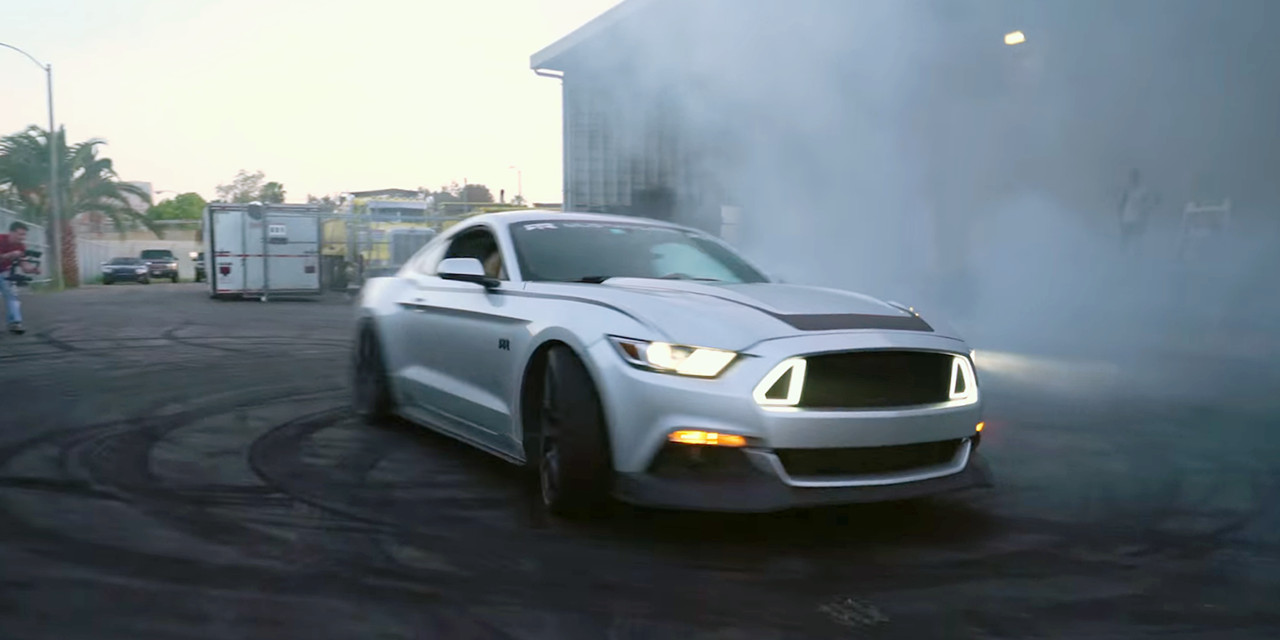 Naturally, some volume of tire smoke was produced during his visit.

The Ford Mustang RTR is available to purchase directly from select Ford dealers worldwide. It’s based on the regular production Mustang (GT or EcoBoost), but features a full range of performance and appearance upgrades including aftermarket aerodynamic pieces, a revised suspension setup, and stylish wheels with high-performance Nitto rubber. The Spec 2 also boasts a special Ford Performance engine calibration, which takes output on the Mustang GT up to 460 horsepower.

Granted, no; the Ford Mustang RTR that you can buy at your local Ford dealer is not remotely the same as the RTR Spec 5-D that Vaughn Gittin Jr. pilots in the Formula Drift championship. That stripped-out car is powered by a 1,000-horsepower Roush Yates racing engine that can spin its way up to 9,000 RPM, which sounds like it’d be loads of fun on the street for all of five minutes. But Vaughn Gittin Jr.’s road-going Ford Mustang RTR Spec 2 does bring together a bunch of spiffy, performance-enhancing content in one well-thought-out package, and it won’t kill you you the instant you glance at the throttle pedal.