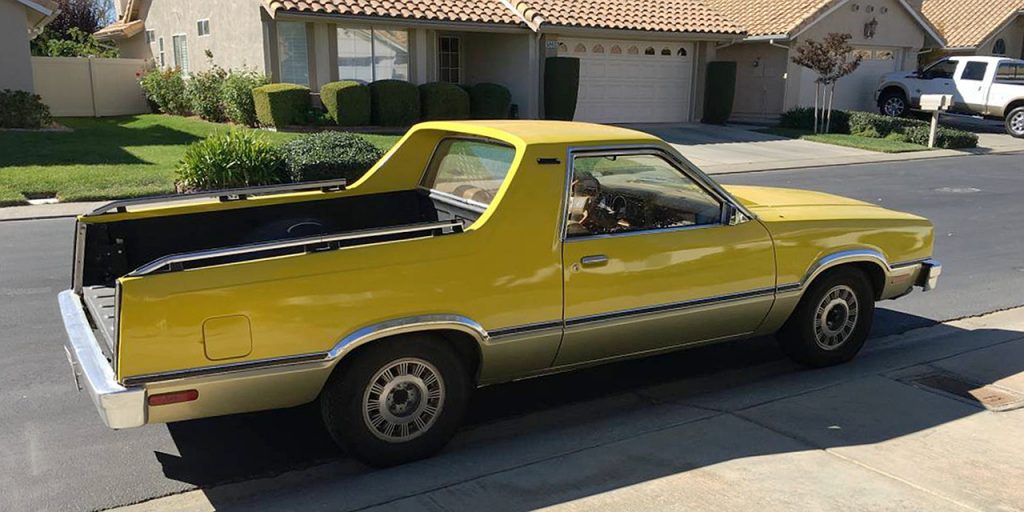 We’ve all heard of the Dodge Durango SUV, but the Ford Durango ute? That’s quite a bit more obscure.

It’s so obscure, in fact, that we can’t even be sure how many Ford Durango examples were built; estimates range from 80 to 350 units. It was never an official production vehicle, but rather was made by a joint venture between Ford and National Coach Works as the former considered competing directly with the Chevrolet El Camino. Starting with a Ford Fairmont Futura coupe, NCW would remove the roof aft of the B-pillar and install a fiberglass cargo bed and a new rear window, resulting in a Fox platform-based ute not unlike its then-defunct Ranchero, although a bit more restrained-looking.

At any rate, if you’d like to own one of these very rare Ford Durango utes, good news: the folks over at Carscoops have spotted one up for sale on Craigslist in Banning, California, and the price is quite palatable. The seller is asking $3,750, and for that, you get a 200-ci inline-six, an automatic transmission, a clean cargo bed, and one of the more quirky, obscure models from Ford’s long history. Check it out here.