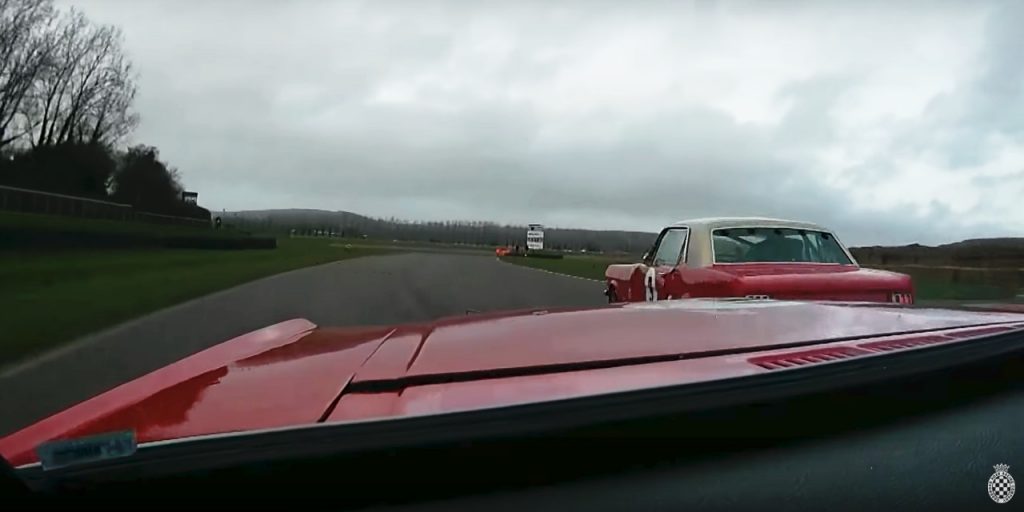 There’s nothing quite like a good race between vintage cars – until, of course, one or more is involved in a wreck, rendering it just so much twisted metal and ruined vinyl.

Thankfully, nothing so macabre occurs in the video above.

The video seen here was taken onboard the No. 6 Ford Mustang, driven by Steve Soper, and depicts an exciting track battle with the No. 9 Ford Mustang of Craig Davies. Numerous times throughout the 5-minute clip, Soper catches Davies in the corners, but can’t quite manage to find an opening. At about the 4:12 mark, he gets his chance, and moves to overtake Davies on the inside of the turn, but the two cars touch, sending Soper right out into the field.

Our condolences for the damage to Goodwood’s well-manicured lawn, but this crash certainly could have been a lot worse.