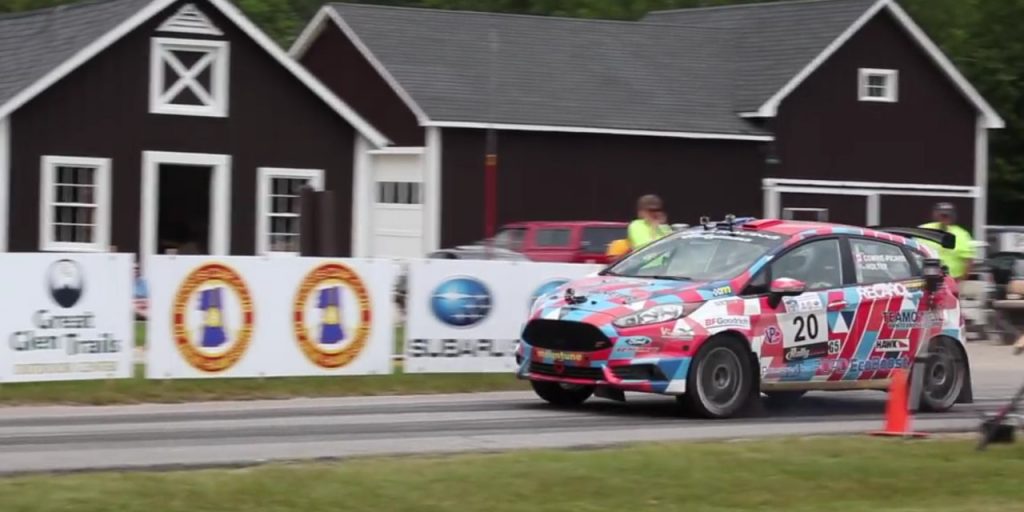 Every three years, one of the oldest auto racing events in the United States takes place in New Hampshire: the Mount Washington Hillclimb, a.k.a. the “Climb to the Clouds.” The last time it was held was in 2014, so do the math.

To get us all excited for this year’s hillclimb, the folks at Road & Track shared an onboard video from a blistering run up to the summit from 2014, performed in a Ford Fiesta ST rally car. The car was prepped by Team O’Neil, and racing driver/journalist/TV personality Andrew Comrie-Picard was at the wheel that day. You can watch the clip for yourself above, but be warned: things get more terrifying by the minute as this competition-spec Fiesta ST gets higher and higher in altitude.

Of course, hillclimbing itself is quite a terrifying form of motorsport. Paths like those used in the Mount Washington Hillclimb and more well-known Pikes Peak Hillclimb are now mostly paved, making the events ever-so-slightly less frightening, but the prospect of driving a high-performance automobile at the edge on a road where one relatively minor mistake could put it off a mighty high cliff – that’s daunting. But Comrie-Picard doesn’t seem to have any trouble at all in his Team O’Neil Ford Fiesta ST.