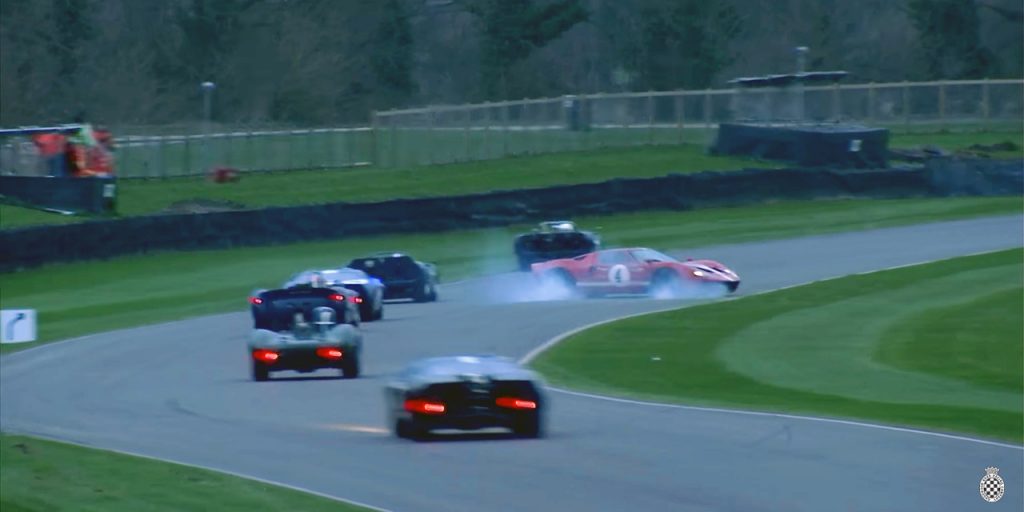 No one, we’re sure, much likes to think about the potentiality of crashing during at any car race, much less one with vintage machinery, where the participating cars are all some level of rare and irreplaceable.

But things happen, and for a cringeworthy example of vintage racing havoc, one needn’t look any further back than earlier this month, when Goodwood Road & Racing hosted its 75th annual Members’ Meeting. There, during the Surtees Trophy race – the last event on the schedule – a Ford GT40 was involved in an unfortunate incident with a Can-Am McLaren that resulted in damage to both cars.

Here’s what happened: a car went off, spinning into the field at Fordwater. He recovered, but as he drove back out onto the tarmac, he lost traction again, and shot across the track in front of an approaching pack of cars. The driver of one of those cars – a Ford GT40 – broke traction trying to avoid an impact, spinning right into a Can-Am McLaren.

The Surtees Trophy was just one of many vintage car races held during the 75th annual Goodwood Members’ Meeting, for pre-1966 sports racing prototypes with V8 engines. To see the (rather nasty) crash between a Ford GT40 and a Can-Am McLaren, skip ahead to about the 30-second mark in the video above.