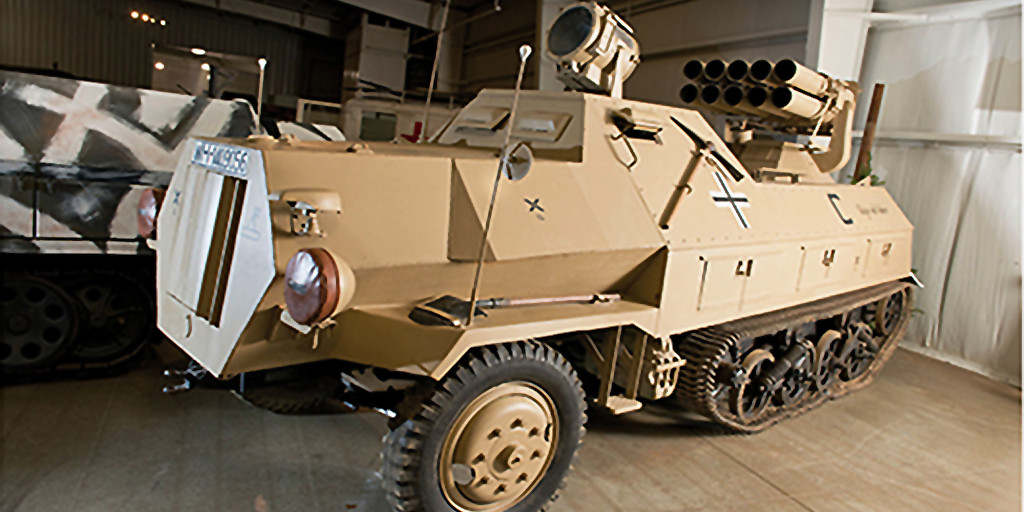 Did you know that you can buy a German, WWII-era rolling rocket launcher here in the United States?

It’s true; an Opel Maultier Panzerwerfer 42 is heading to auction at Auctions America’s Auburn Spring event in Indiana next month. The half-track truck measures 19 feet, 5 inches in length and, according to Auctions America, is based on a somewhat unlikely vehicle from the period: a Ford V3000S 4X2 3-ton put out by the automaker’s German subsidiary.

This mobile rocket launcher from Opel is currently without an engine or transmission, but we’re sure that operational, period-correct examples of each are out there. A reported 300 examples of the Panzerwerfer 42 rocket launcher were produced throughout World War II, meant to correct the shortcomings of the German Nebelwerfers – a series of towed mortars. Not only could the Panzerwerfer 42 move under its own steam, but it was protected by armor plating: 8mm-thick on the front, sides, and rear, and 6mm-thick top and bottom.

Naturally, then, it’s a bit of a hefty vehicle, weighing in at 7 tons loaded.

For more on the Ford 3-ton-based Opel Maultier Panzerwerfer 42 headed to auction in Indiana next month, stop by the Auctions America website.