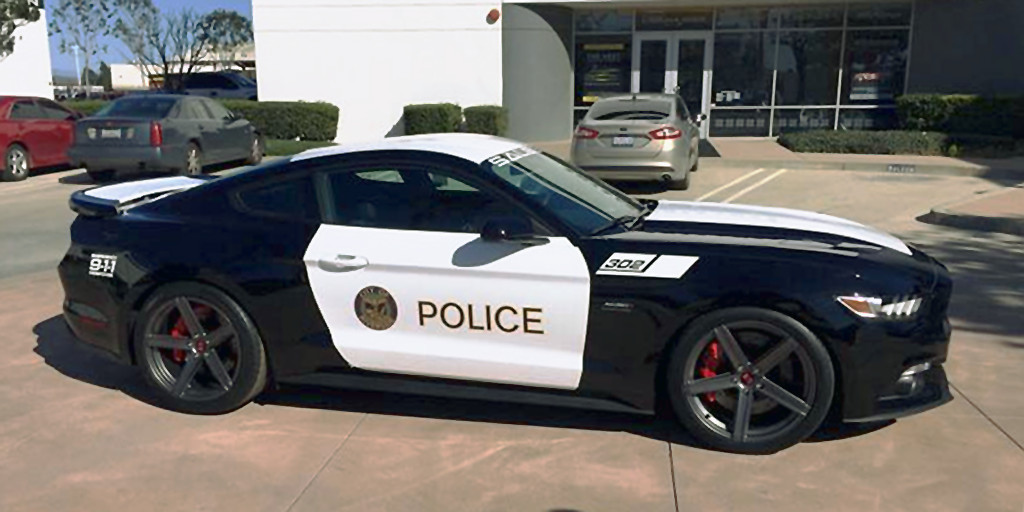 Oh, how we’d hate to see that in our rearview mirrors.

Granted, we aren’t likely to, as the high-horsepower Saleen Mustang was donated to serve as a memorial vehicle for the Riverside Police Officers’ Association (RPOA) Assistance Fund. More than likely, its service will amount to appearances at shows, parades, and other events, with the goal of “[raising] awareness of the risks faced everyday by the men and women who wear the police uniform, and those who have made the ultimate sacrifice,” according to a Facebook post from the Riverside PD.

The RPOA’s new Saleen Mustang is a testament to the generosity of local businesses; the base 2016 Ford Mustang was donated by Fritts Ford of Riverside, while installation of the police lights and sirens, kindly provided by Federal Signal, was performed free-of-charge by Riverside-based West Coast Lights & Sirens. Even Saleen, which donated the time and parts to upgrade the Mustang into a supercharged, high-horsepower S302 model, is based in the neighboring city of Corona, California.

We doubt that the Riverside Police Officers’ Association Saleen Mustang will ever be pressed into service, but should the Riverside PD ever need to chase down, say, an AMG or a BMW M car whose owner is evading arrest, it’s good to know they have the option.