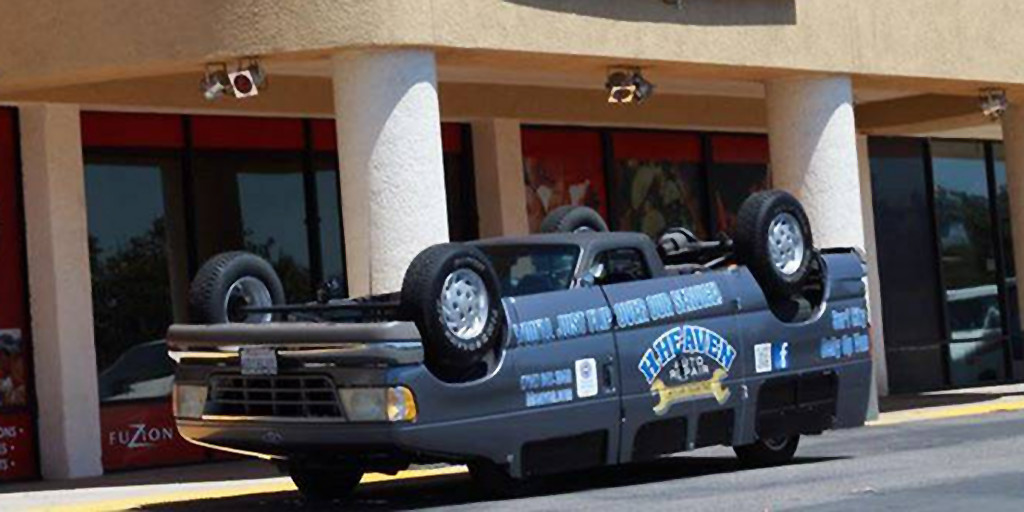 Think you’ve seen it all? No you haven’t.

A Craigslist classified ad out of Huntington Beach, California lists one of the absolute strangest vehicles we’ve ever seen for sale: a fully functional, drivable 1999 Ford Ranger disguised as an overturned cargo van. The Ranger is cleverly hidden by the van’s body on all four sides so that, to the casual observer, it looks like an upside-down van driving down the road on its roof – not a small truck driving with all four wheels on the ground.

Visibility? Not great, although the seller says there is a constant backup camera feed going while the truck is on so the driver can at least see what’s behind. Fuel economy? We’d imagine that’s none too marvelous, either.

What this odd little Ford Ranger all but guarantees, however, is that all eyes will be on you, and that might well make it “the perfect way to advertise any business,” as the seller says. Along with the vehicle, the buyer will gain the keys to its official Facebook page, which is entitled: “Surf City Belly Up Van.”

Head to the original Craigslist post to learn more about this, erm, “unique” 1999 Ford Ranger, and get ready to forfeit $6,500.