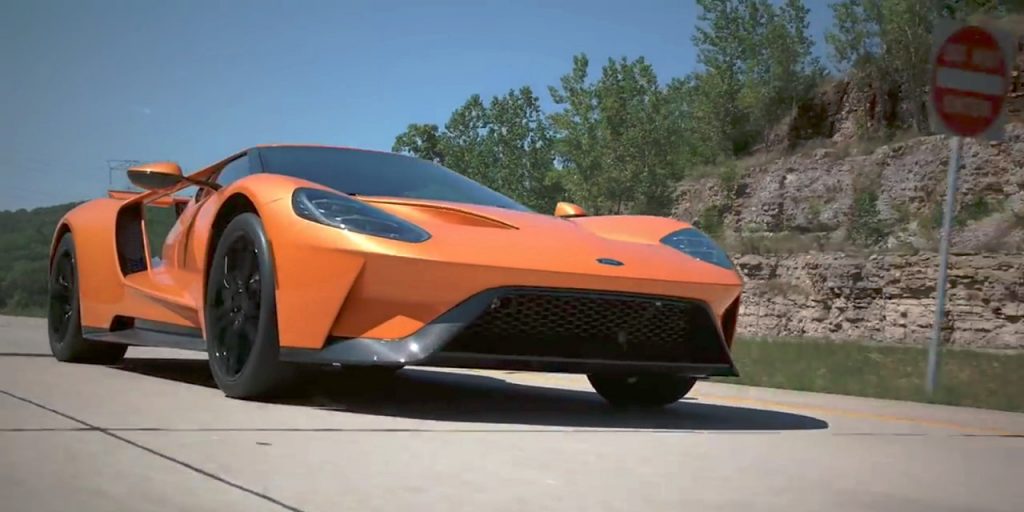 Andy Frisella – a well-to-do entrepreneur, car enthusiast, and founder of the MFCEO Project – was among the very first private parties to take delivery of the all-new, 2017 Ford GT. Recently, he took it out on the open road to share with his YouTube audience what the new supercar is like to own and drive.

You can see the video above. (Warning: Adult language.)

Frisella was one of a number of hopeful owners who put out a video pitch as part of his application to purchase the 2017 Ford GT, but his application video had a certain amount of panache as it featured lots of angry, smokey burnouts in both of his first-generation GTs. He says he wasn’t sure at the time whether he would ultimately be selected by Ford to purchase one of the company’s second-generation examples, but his broad social media reach and well-documented enthusiasm for fast things helped him lock one down with a custom orange paint job.

It seems Ford has found a loyal brand ambassador in Frisella, who spends a good portion of this video rebuffing some of the many complaints people have leveled against the Ford GT: “it should have a V8”, “it’s too underpowered”, and the like. We side with Frisella on that; the twin-turbo V6 is about as much engine as Ford could fit behind the driver given the car’s tapered rear, and 647 horsepower is plenty enough for the car, even in light of its steep price tag.

The horsepower-per-dollar ratio isn’t the be all end all of performance car metrics.