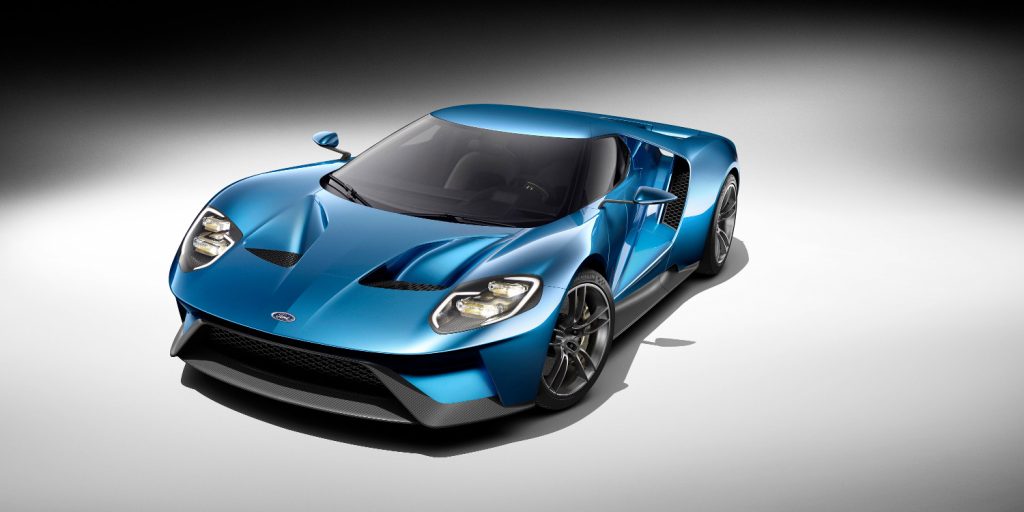 The Blue Oval had three distinct goals in mind when it set out years ago to develop what we now know as the 2017 Ford GT, according to Ford Executive VP of Product Development and Chief Technical Officer Raj Nair:

“The first [goal] was to use it as a training ground for our engineers as we develop future engine technology and stretch our understanding of aerodynamics,” he says. “Then, to push the boundaries of advanced material usage, such as lightweight carbon fiber. Finally, we set out to win the Le Mans 24 Hours, referred to by many as the ultimate test of endurance and efficiency.”

That latter goal was, of course, handily obtained last year, when the No. 68 Ford GT took first in the GTE-Pro class at the 84th running of the 24 Heures du Mans, beating Ferrari to the finish line much as its spiritual ancestor – the GT40 Mk II – did 50 years prior.

As for the former two goals, the Ford GT’s engine, honed by years of powering the Ford EcoBoost/Riley Daytona Prototype race car in IMSA, is the most potent EcoBoost engine ever made for production with a peak 647-horsepower rating. It utilizes dual-injection, now available across the 2018 Ford F-150’s entire range of available gas engines, as well as a clever anti-lag system that cuts fuel but keeps the throttle open when the driver lets off the gas, maintaining turbo speed and boost pressure to cut spool time.

“We pushed the engine’s limits beyond what we might consider in traditional development programs, which is important as we continue to advance EcoBoost technology as a centerpiece of the company’s global lineup,” says Ford VP of Powertrain Engineering Bob Fascetti.

As for aerodynamics, the Ford GT’s overall shape has been designed to provide adequate downforce for cornering while decreasing drag. It features shutters at the front that open or close depending on the status of the rear wing; if the wing is up, the shutters close to provide more downforce at the front, balancing out the car front to rear. The wing even boasts a patent-pending design that allows it to change shape for improved efficiency when deployed.

And finally, the Ford GT abounds with advanced, lightweight materials, boasting a carbon-fiber body and available carbon-fiber wheels. The windshield is made of Corning Gorilla Glass – a first among production automobiles. Ford even says that the GT’s complex shape, with its rear-tapered cabin and buttresses, wouldn’t be possible with stamped steel or aluminum. Thanks, carbon fiber.

So will we see some of the experience Ford gained in designing the cutting-edge Ford GT supercar applied to other Blue Oval road cars? For now, we can only hope.

Stay tuned for more news of the 2017 Ford GT supercar, available now exclusively to notable members of the global elite.