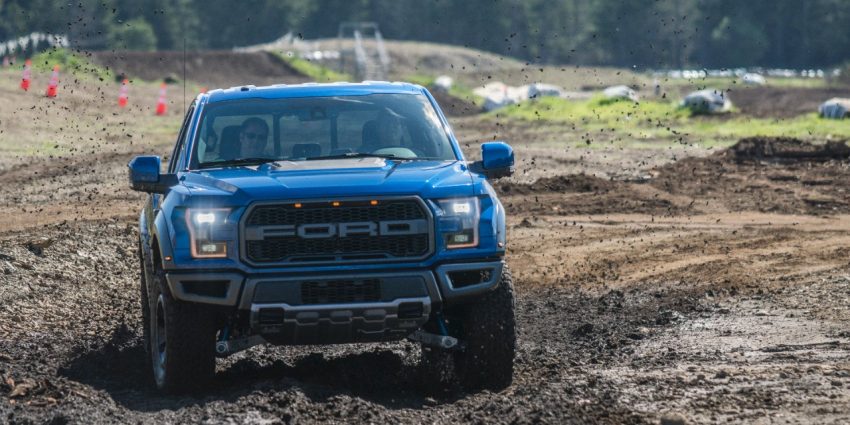 The all-new, 2017 Ford F-150 Raptor has taken home yet another accolade, as the Northwest Automotive Press Association has named it the best pickup in the Northwest Outdoor Activity Vehicle of the Year Mudfest.

The F-150 Raptor was named the winner in the pickup category after two days of exhaustive on-road and off-road testing at Shelton, Washington’s Ridge Motorsports Park.

“The pickups category was extremely tough this year,” says NWAPA Mudfest Event Chair Tuan Huynh. “Ford F-150 Raptor won the hearts of our members for its prowess both on-road and off over two days of rigorous testing.”

To meet the challenges of both street and terrain driving, the 2017 Ford F-150 Raptor is equipped with a potent, 450-horsepower EcoBoost V6 and a new 10-speed automatic transmission. Uniquely, its transfer case incorporates both a clutch-based and a mechanically-locking system so that the front wheels can be powered in whatever way is most appropriate for the driving surface. A Terrain Management System offers six different drive modes ranging from “Normal” to “Sport” to “Baja,” and its triple-bypass Fox Racing shocks incorporate nine distinct damping zones to maintain a comfortable ride on the street, and a capable ride on unpaved surfaces.