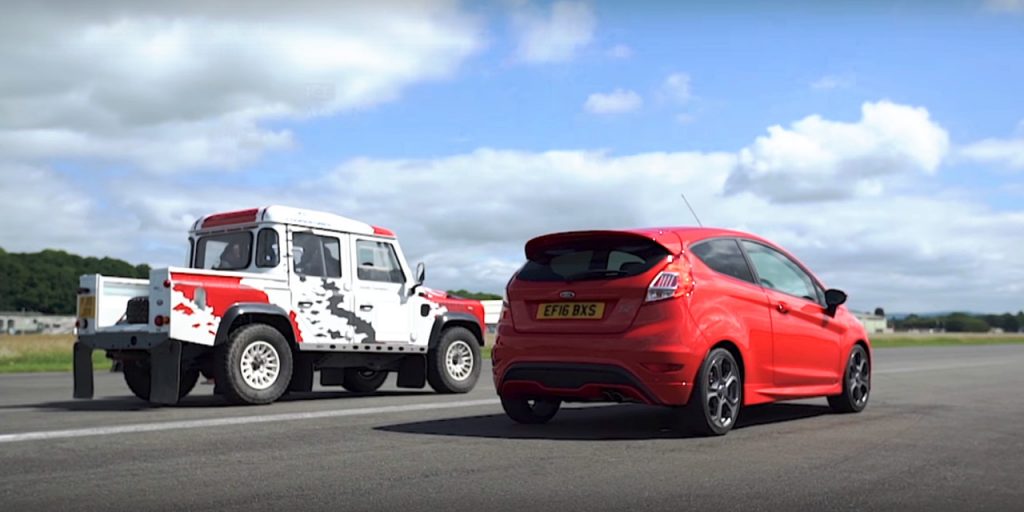 The folks at Top Gear just answered a question few – if any – have ever bothered asking: Is a Ford Fiesta ST faster in a straight line than a Bowler Defender rally truck?

There are precious few circumstances in which we’d need to know the answer, but it’s an interesting question, nonetheless. The Bowler Defender V6, built on Land Rover’s SUV of the same name, is the heftier of the two vehicles, but its AWD gives it the edge at launch, while its supercharged, 440-horsepower V6 from Jaguar lends it a distinct advantage in terms of sheer grunt.

The Ford Fiesta ST, meanwhile, is a vehicle we’re all probably a bit better acquainted with. Its turbocharged inline-four makes a paltry-by-comparison 197 horsepower on overboost, but a curb weight well under 3,000 pounds means that the motor has far less mass to propel.

Which of these two, very different vehicles – the monstrous Bowler Defender, or the bite-size Fiesta ST – do you reckon will win in a quarter-mile drag race? Watch Top Gear‘s video above to find out.