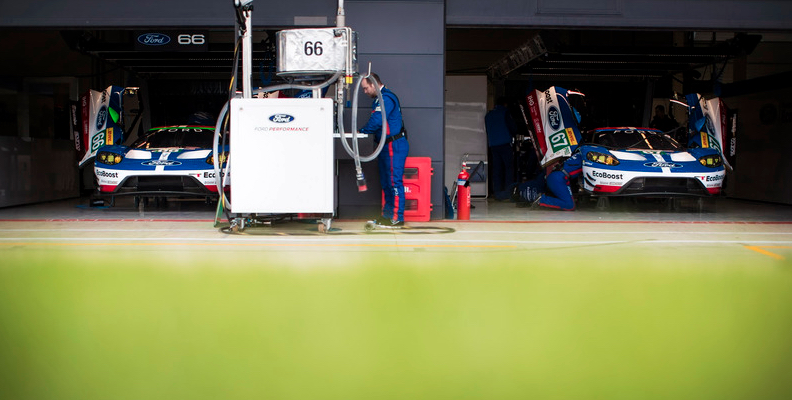 The reigning 24 Hours of Le Mans GTE Pro class champions may have a tough time defending their title this year after FIA officials hit the Ford GT with heavy Balance of Performance changes this week.

Ahead of this month’s pre-race test, the FIA announced the Ford GT would have to race with a 20 kg ballast and a reduced amount of turbo boost pressure.

Ford Chip Ganassi Racing’s crosstown rivals over at Corvette Racing got a break in BoP this year, receiving a 0.7mm larger air restrictor for additional power. Similarly, the Aston Martin Vantage GTE got a 0.8mm larger restrictor, however it was also slapped with a 10 kg ballast.

The Ferrari 488 GTE, which finished second in GTE Pro last year, remains unchanged. The new mid-engine Porsche 911 RSR, which is running for the first time at Le Mans, will run with a weight of 1258kg and with a 30.1mm restrictor,