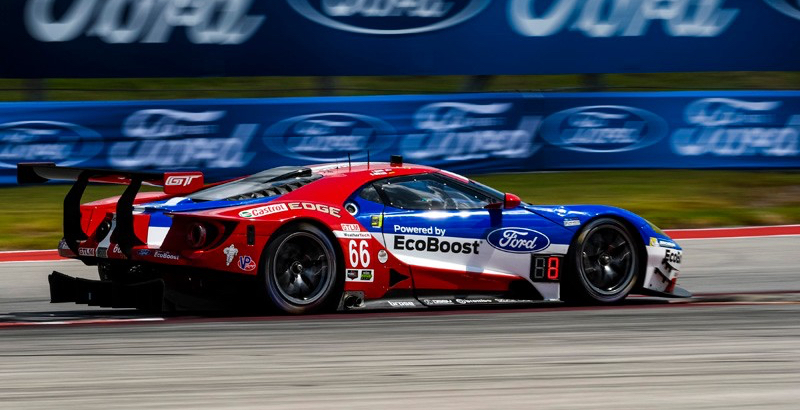 The faster of the two Ford GTs was the No. 66 entry of Ryan Briscoe, who had a fastest lap of 2:03.014 around the 3.427-mile Austin, Texas based raceway. Dirk Mueller was right behind Briscoe, narrowly getting edged out by the former IndyCar driver after posting a lap of 2:03.023.

The Advance Auto Parts Sportscar Showdown from COTA will go green on Saturday, May 6th at 2:35 p.m. EDT. Click here for full results from qualifying.