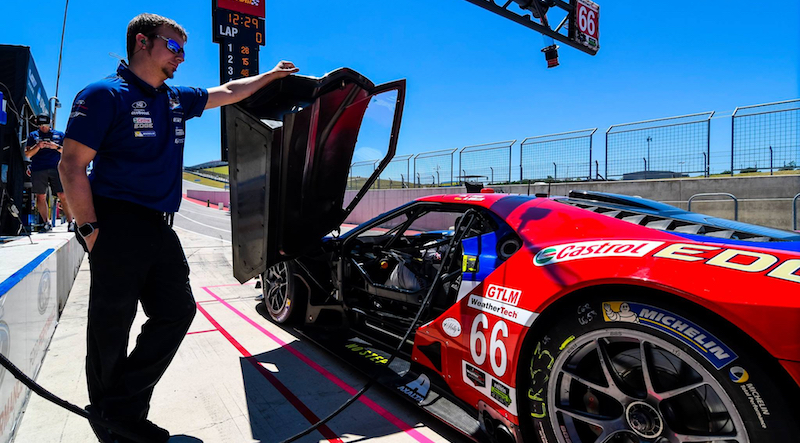 Ford Performance has begun its search for a replacement for Sebastien Bourdais after the Frenchman was injured in a wreck during qualifying for the Indy 500.

Bourdais, who was set to drive the No. 68 Ford GT alongside Dirk Mueller and Joey Hand at the 24 Hours of Le Mans of Le Mans in June, underwent surgery on Saturday for a fractured pelvis. He also suffered a fractured hip in the scary wreck, which occurred after he lost control of his Dale Coyne Honda on the exit of Turn 2 during the qualifying session.

Bourdais has been apart of the Ford GT program since its inception and is considered a very valuable asset to their Le Mans squad.

“Sebastien has been such an important part of our Ford GT program, helping us win at both Le Mans and Daytona,” Ford Performance director Pericak told Sportscar365. “But, like any family member, our first concern is his health and we are relieved that he looks like he will be okay long-term after what was a terrible crash at Indianapolis. We wish him all the best in the days ahead as he starts his recovery.

“We will regroup with our Ganassi team to determine our lineup for Le Mans in the days ahead.”

Sportscar365 notes that IndyCar driver Tony Kanaan may be a potential replacement for Bourdais as he already has experience in the Ford GT, however he’s never raced at Le Mans. Marin Franchitti, who was dropped by Ford’s World Endurance Championship squad last year after underperforming, may also be in the running.