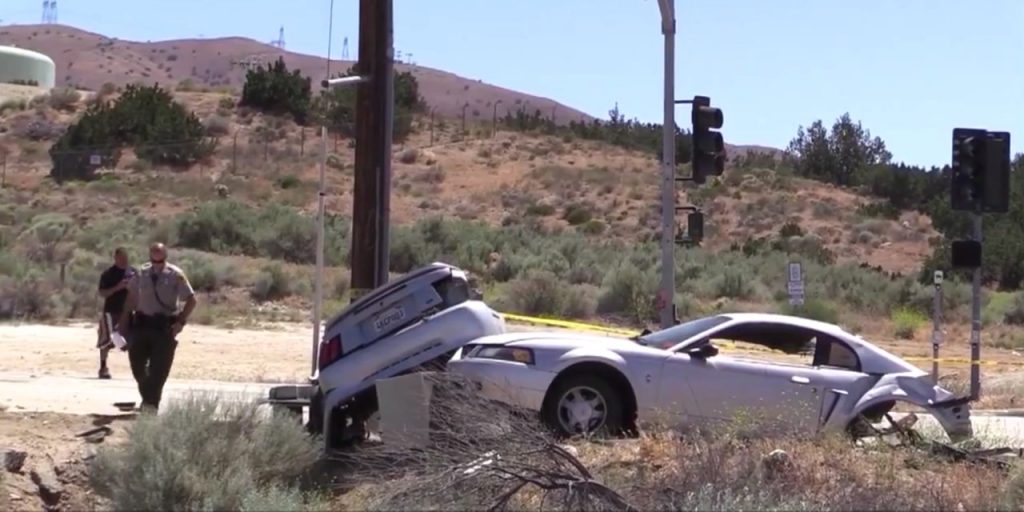 In Palmdale, California, a Ford Mustang of the SN-95 generation was shorn completely in half after being t-boned and sent into a traffic signal last weekend, Fox 11 Los Angeles reports.

The crash appears to have resulted from a street race involving another Mustang. According to Fox 11, both cars were speeding toward an intersection when the light turned red, prompting them to slam on the brakes. One car spun and went through the intersection backwards before continuing on, witnesses say, while the other was t-boned by a Mercedes-Benz, and struck a traffic signal that cut through the full length of the car.

Amazingly, everyone involved is expected to survive, although the passenger in the ripped-apart Ford Mustang was left in critical condition by the crash.

While it probably doesn’t need to be said, illegal street racing is never a good idea. The gap between life and death for the passenger of this demolished Ford Mustang was likely no more than a foot toward the right-hand side of the car, or perhaps a few degrees’ difference in the direction of travel. That no one was killed instantly on the scene is, frankly, miraculous.

Stay safe out there.